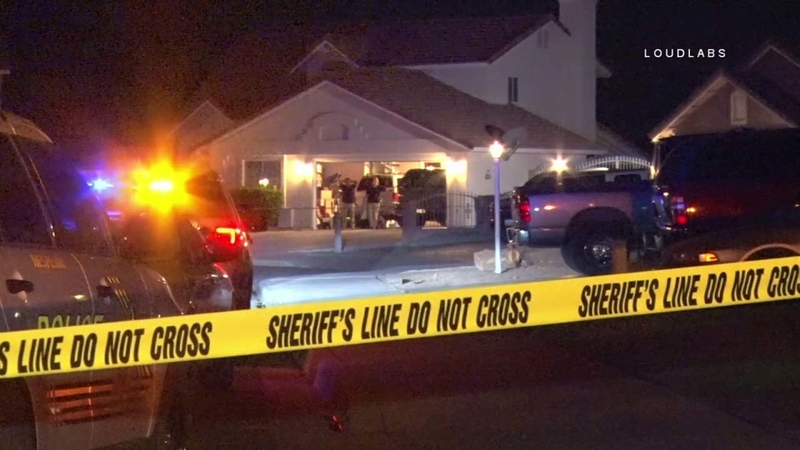 HESPERIA, Calif. (KABC) -- A man who allegedly tried to break into a home in Hesperia was hospitalized after being shot by a resident during a confrontation, authorities said.

At approximately 9:30 p.m. Monday, deputies from the San Bernardino County Sheriff's Department responded to a report of a burglary in progress at a home in the 7200 block of Kern Avenue.

When deputies arrived, they found 18-year-old Andres Sanchez suffering from gunshot wounds to his upper body.

Upon investigation, detectives discovered that Sanchez went to the home and began forcing open the front door as residents -- including four children -- slept inside.

A male resident got involved in a confrontation with Sanchez and called 911. At some point in the altercation, the resident armed himself.

When Sanchez continued to force his way into the home, the resident fired several shots and struck Sanchez during a scuffle, investigators said.

The male resident suffered minor injuries during his confrontation with Sanchez and was treated at the scene by paramedics.

The firearm used in the incident was recovered at the scene. It was not known why Sanchez was trying to break into the home.