A Hesperia man was shot and killed after he forced his way into a home in the middle of the night, investigators say.
KABC
By ABC7.com staff 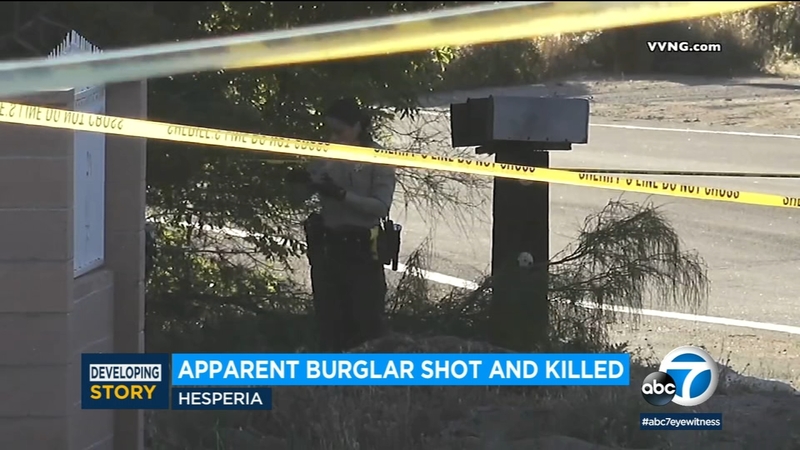 HESPERIA, Calif. (KABC) -- A Hesperia man was shot and killed after he forced his way into a home in the middle of the night, authorities said.

Two men who were home at the time say they heard yelling and pounding on the front door at the time. They said Garcia then forced his way inside the home.

A shooting occurred and Garcia was struck by gunfire and later pronounced dead at the scene.

The two men said they did not know Garcia. They were brought to the San Bernardino County sheriff's station in Hesperia and were cooperating with investigators.

The investigation is ongoing. Exact details about the shooting, including who fired the weapon, were not immediately released.
Report a correction or typo
Related topics:
hesperiasan bernardino countyburglaryhome invasionshootingresidential burglary
Copyright © 2021 KABC-TV. All Rights Reserved.
More Videos
From CNN Newsource affiliates
TOP STORIES