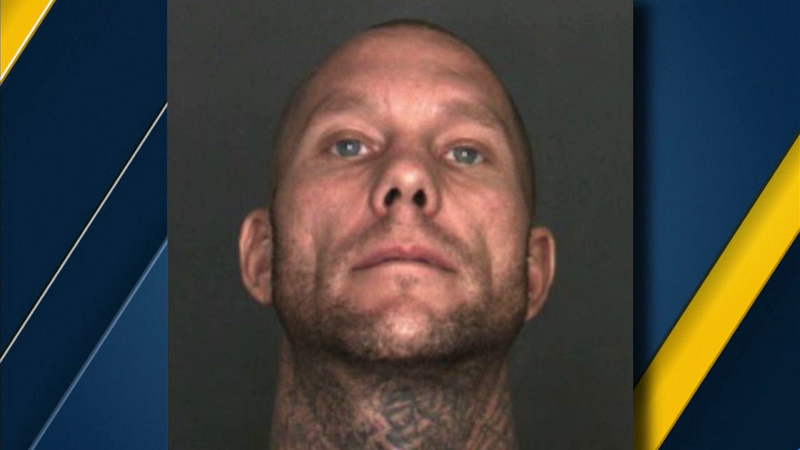 HESPERIA, Calif. (KABC) -- A homeowner shot a man who was allegedly trying to break into his Hesperia home Thursday night, and the intruder is now in critical condition.

Hesperia deputies responded to reports of a burglary in progress on Ponderosa Avenue near Chestnut Street around 10:30 p.m.

Responding deputies found the suspect, 36-year-old Michael Goode, down on the front yard of the home and suffering from a gunshot wound.

The homeowner was not hurt. Goode was taken to the hospital in critical condition.

"As long as you protect your family and yourself, I don't see anything wrong with it," said neighbor Jesus Mejia, who also said the homeowner is a Vietnam veteran.

He said the gunshot sounded like an explosion. He went outside to see what was going on and found the intruder on the ground in front of his neighbor's home, asking for help.

Goode was arrested for a parole violation two months ago and was let out of jail four days ago. He'll likely be back behind bars if he survives, authorities said.

As for the homeowner, it appears he will not be facing charges.

"We're glad when any homeowner protects themselves, that's what they need to do in these situations," said Hesperia Police Sgt. Marc Bracco. "That's why you're allowed to carry a firearm in your residence."

Police said the incident was one of two involving an intruder and an armed resident in the area that night.
Report a correction or typo
Related topics:
hesperiasan bernardino countyburglaryshooting
Copyright © 2021 KABC-TV. All Rights Reserved.
More Videos
From CNN Newsource affiliates
TOP STORIES