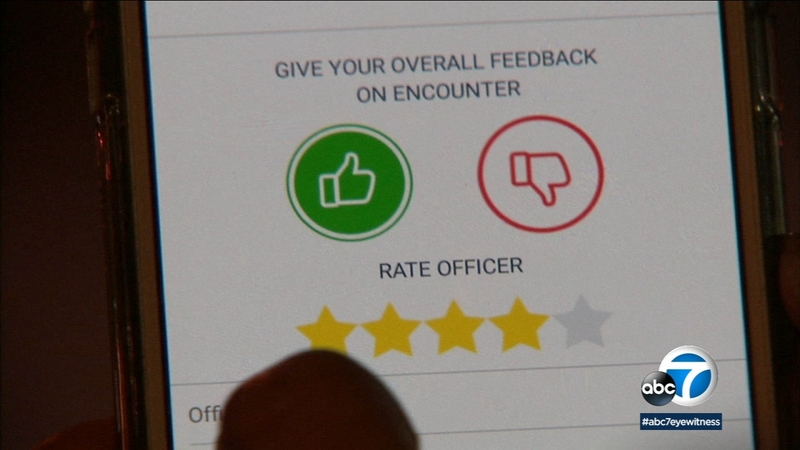 LOS ANGELES (KABC) -- A new app helps police the police. It allows you to broadcast your interactions with officers -- in real time -- to friends and family.

For many Americans, particularly people of color, being pulled over by police can be a terrifying ordeal. Many feel their lives are at risk due to encounters like Philando Castile's.


Castile was shot and killed during a traffic stop in 2016 while reaching for his license. His girlfriend began to livestream moments after the shooting.

"You told him to get his ID, sir, his driver's license. Oh my God, please don't tell me he's dead," the woman is heard saying.

That incident so affected Orange County businessman Martin Whitehead, he developed an app called HI-TAPO to use during a traffic stop.

Here's how the app works: Once you get pulled over and the officer approaches the window, all you have to do is swipe on that app and it immediately begins to record and stream to your group of friends to make sure you're safe and everything's OK.

But it doesn't end there. Data about the traffic stop can be entered as well.

"You have the chance to record an officer's number, badge, why you were stopped...," Whitehead added.

If enough people sign on to HI-TAPO, the hope is that all of that information can be brought to police departments to see where things are going right and where improvement might be needed.

"My hope is that with HI-TAPO, when folks are out, they're never alone and then the data comes together and really helps to improve communities in a collaborative way so that you have law enforcement and community leaders all around the table working to work better together, right? That's a win-win," Whitehead said.