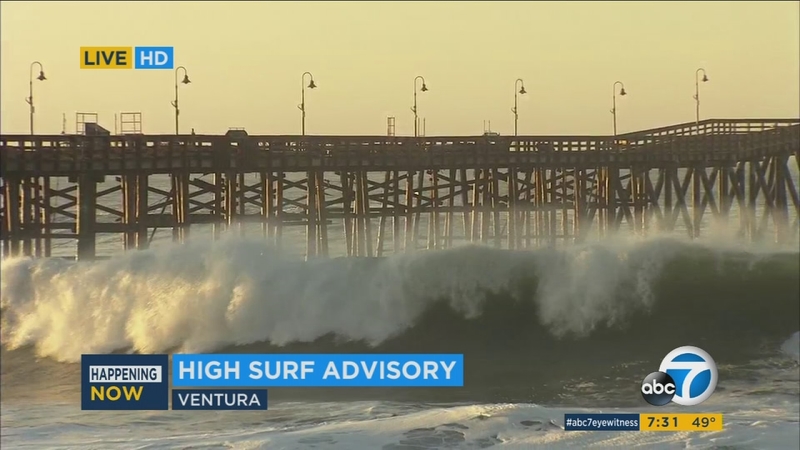 VENTURA, Calif. (KABC) -- High surf could bring dangerous rip currents, beach erosion and damage to sections of the Southern California coast as an advisory was in effect in Los Angeles and Ventura counties Sunday.

Waves between 6 and 10 feet with sets of up to 15 feet were expected to hit the SoCal coast, causing dangerous conditions for surfers and swimmers, according to the National Weather Service.

Lifeguards responded to a distress call and had to rescue one surfer to safety after the water in the area proved to be too powerful.

Extra rescue crews were expected to be on duty due to the conditions.

Crews were still working on repairing the Ventura Pier after strong waves slammed the structure just a few weeks ago.

The pier was closed indefinitely and remains shutdown.

Officials have advised beachgoers to stay out of the water due to a risk of drowning from the dangerous conditions.