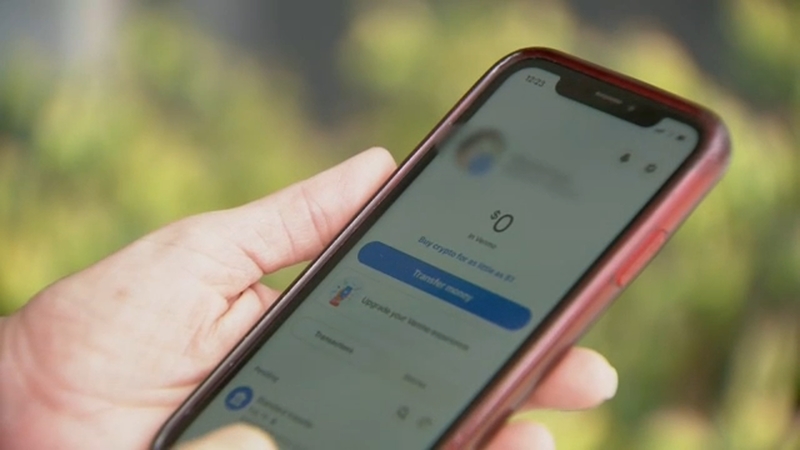 ORLANDO, Fla. -- A Florida woman is warning others after nearly losing $4,000 in a high-tech pickpocket.

The woman said a boy asked to borrow her phone and then used Venmo to send himself money right under her nose.

Shannon Fraser was walking her dog when she said she ran into the young boy.

"'My phone is dead. I can't find my family or friends. I've lost them,'" Fraser said the boy told her. "He's on a scooter. And he's like, 'Can I please use your phone to call them?' Your first instinct is to help a kid. Like immediately. Without thinking, and of course, hindsight is 20/20, I just handed him my phone."

She said the boy looked about 12 years old, WESH reported.

"He had the person on speaker. He's like, 'I can't find you guys.' He said, 'do you mind if I open your maps?' So he opens maps and I'm watching him do this. That's the crazy part. I'm a foot away," Fraser said.

They parted ways and Fraser didn't think anything of it, until Monday night.

She contacted Venmo immediately and discovered the boy's account was set up just 30 minutes before she met him.

"I feel like this is the new pickpocket," Fraser said.

The Better Business Bureau said this is an important warning, especially since a number of times, these situations go unreported. Their best advice is to require a face ID and pin to access not just for your phone, but the Venmo app itself.

"Most of my apps were protected by face identification. I thought Venmo was as well. It wasn't," Fraser said.

In just three minutes, Fraser said he took nearly $4,000. She said Venmo credited her account for everything that was taken, and her next call was to the police.

She's sharing her story about how helping someone hurt her.