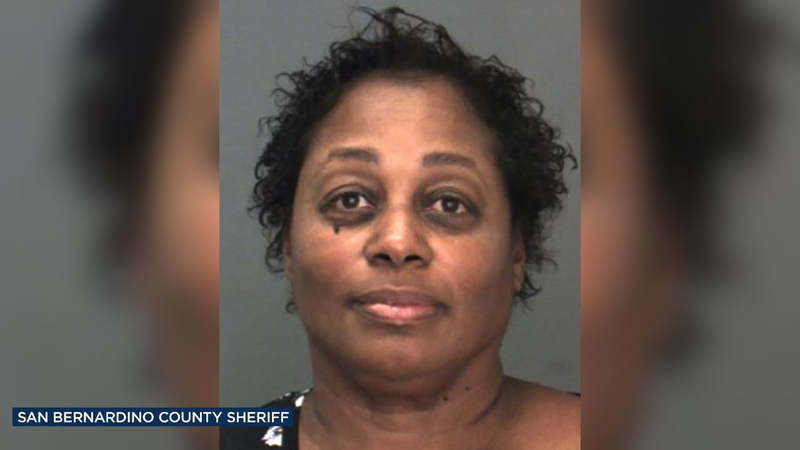 HIGHLAND, Calif. (KABC) -- The 53-year-old operator of a Highland day care facility has been arrested on suspicion of willful cruelty to a child and false imprisonment, authorities said.

On Sunday evening, deputies from the Highland police station contacted the San Bernardino County Sheriff's Crimes Against Children Detail about an investigation involving a 5-month-old girl and a 1-year-old boy who attended Drinkard-Batiste Family Child Care, also known as Lullaby 24 Hour Childcare Private Preschool & Infant Care, which has been a licensed business for over 20 years.

The two children were allegedly victims of child abuse and endangerment, the sheriff's department said in a statement.

Detectives responded to the day care facility in the 7000 block of Nye Drive on Monday afternoon and contacted its operator, Rosalind Drinkard-Batiste, authorities said.

"Following an extensive investigation," the news release said, Drinkard-Batiste was taken into custody and booked. Her bail was set at $100,000.

Drinkard-Batiste spoke to Eyewitness News by telephone about the allegations.

She said they stem from a disgruntled employee that she recently hired and had to write up on several occasions. She said she has turned over 15 videos to investigators that she believes will support her.

She believes investigators were misinformed about the situation and she believes she will be vindicated. She wouldn't elaborate on the nature of the allegations.

Neighbors also spoke up in her defense.

"She's not a bad person. She would never hurt a child or put a child in danger. Ever," said neighbor Ben Munoz.

Drinkard-Batiste's license does not show any violations or complaints on file against the daycare. The website for the facility states Drinkard-Batiste has over 34 years of childcare training and education, as well as child abuse background clearance through the Department of Justice.

But investigators, who did not release information on who reported the allegations, say they believe there may be additional victims.

"We're asking anyone who may have had their children being cared for at this home daycare facility to come forward if they feel that their children were a victim," sheriff's spokesperson Jodi Miller said.

A California Department of Social Services spokesperson said no action has been taken against the daycare's licensing, but the facility is currently non-operational.