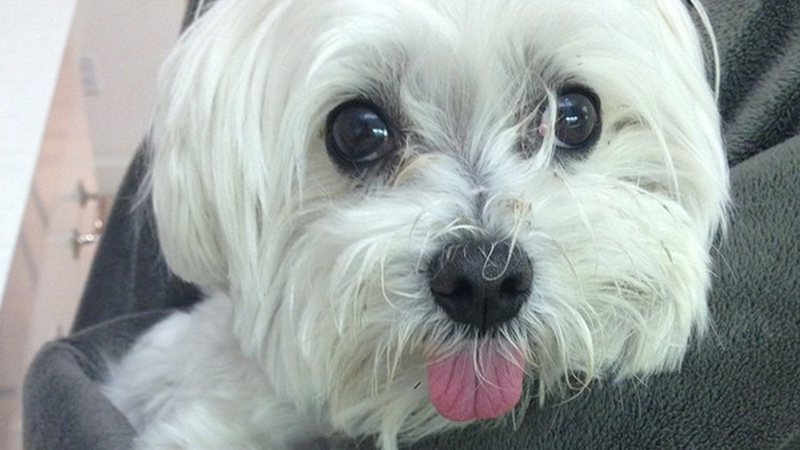 Surveillance video shows a woman in yellow with a young girl following the dog, disappearing around the corner, then reemerging with Charlie in her arms. The woman walks off with the dog. Witnesses said the woman was pregnant.

Surveillance video shows a woman in yellow with a young girl following Charlie the dog before walking away with it on Wednesday, Jan. 28, 2015.

"I just want him back," said Julia Cohen, Charlie's owner. A $2,000 reward is being offered for the dog's safe return.

Cohen co-owns the Beverly Hills store Switch with her sister. For the last nine years, Charlie has been a fixture sitting right outside switch.

"Everyone in the neighborhood knows him. He's basically famous," Cohen said.

Actress Hilary Duff, a friend of Cohen, took to social media to get Charlie home.

"Charlie's a staple here. Everyone in Beverly Hills knows him. He sits outside the front of the store. He never ventures too far to the left, to the right," Duff said.


Actor George Lopez also spoke out to find the dog.

No questions asked , please if anyone has any information , please call ! http://t.co/rAr5HohAhy

"Anything would be really helpful. We have a lot of broken hearts tonight," Duff said.

They're hoping whoever took Charlie sees their pleas and returns him.

The Beverly Hills Police Department was investigating the case.