It's one of the most difficult cancers to detect, but new advances in treatment are helping patients live longer.
KABC
By Denise Dador 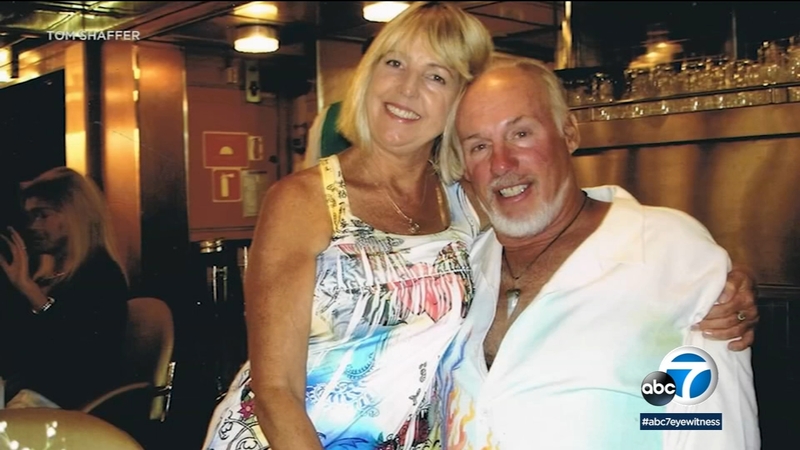 MANHATTAN BEACH, Calif. (KABC) -- During the worst of the pandemic, so many people skipped regular screenings. Now, doctors say they're seeing more and more patients with advanced disease, such as pancreatic cancer.

It's one of the most difficult to detect, but new advances in treatment are helping patients live longer.

In 2014, a month after he got married, Shaffer suddenly couldn't eat.

He was in pain.

His new wife, Laurie, rushed him to the hospital.

"It's a devastating diagnosis when they say you have stage four pancreatic cancer," Shaffer said.

His tumor was inoperable. After enduring many life-threatening complications, Shaffer connected with the Hirshberg Foundation for Pancreatic Cancer Research. Meeting other patients motivated him to keep going.

"The main thing is to get your head behind beating it. You're going to fight this thing no matter what it takes," he said.

Dr. Joe Hines, the director of the UCLA Agi Hirshberg Center for Pancreatic Diseases, said the foundation has been involved with quite a bit of different discoveries at the university.

He said advances in genetic testing make it possible for doctors to match patients to more effective therapies.

"It looks for specific genetic abnormalities, and there are certain types of chemotherapies and approaches to treatment that we can tailor," he said.

Shaffer tried an investigational drug alongside his chemo treatments.

At the start of the pandemic, things were looking up for Shaffer. Not only had his tumors shrank, but his cancer markers had dropped so low, he no longer needed treatment.

"Finally, after a year, my numbers started creeping up again," he said.

Now, Shaffer gets chemotherapy every other Monday, but that doesn't stop him from traveling. At the UCLA Hirshberg Symposium for Pancreatic Cancer Research this Saturday, Shaffer hopes to inspire others to keep fighting.

"I would tell everyone who is facing this problem to get out there and fight it," Shaffer said. "Here I am eight years later. I'm wishing everyone can do that."