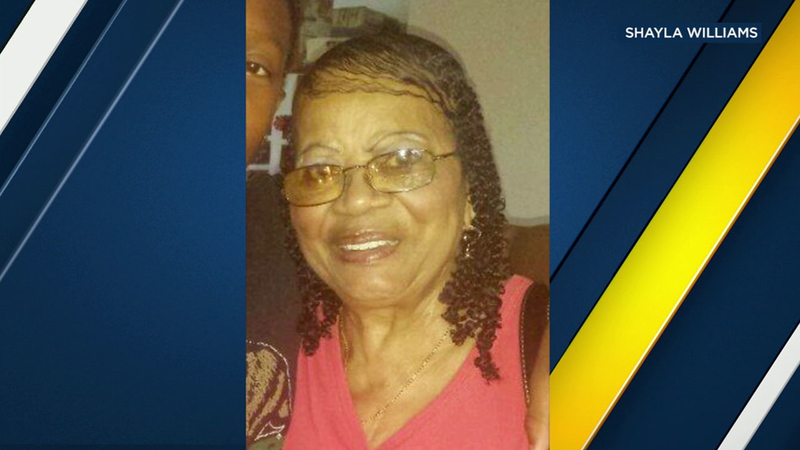 LONG BEACH, Calif. (KABC) -- A woman discovered her mother was the victim of a hit-and-run crash in Long Beach as she arrived at the scene, and the search is on for the driver.

Shayla Williams collapsed on the sidewalk moments after asking police for the name of the victim of the hit-and-run. Williams said the victim was her 77-year-old mother, Jackie Morris.

"Who did this? Why would you not pull over?" she said. "(My mother) is the nicest person in the world. Why would you just leave my mother laying in the middle of the street just like an animal? You could have stopped."

The victim was initially listed in critical condition, but later Tuesday Long Beach police said she died from her injuries.

The crash happened in front of a senior complex in Long Beach, where Morris lived for the past decade. Her daughter said Morris was on her way to shop at the Smart & Final across the street around 6 a.m. when she was struck.

Police said there is no description of the driver behind the wheel of a silver four-door compact car.

One business owner, who turned over security video to police, said the driver did not hit the brakes before the crash nor stop until about 40 to 50 feet after hitting Morris.

"She didn't move afterwards, and the driver made some hesitation and ended up speeding away," Greg Adler said.

Authorities continue to search for the driver, and Morris' daughter hopes the person responsible will do the right thing.