The Holiday Bowl is the fifth bowl game to be cancelled because of COVID-19 issues.
KABC 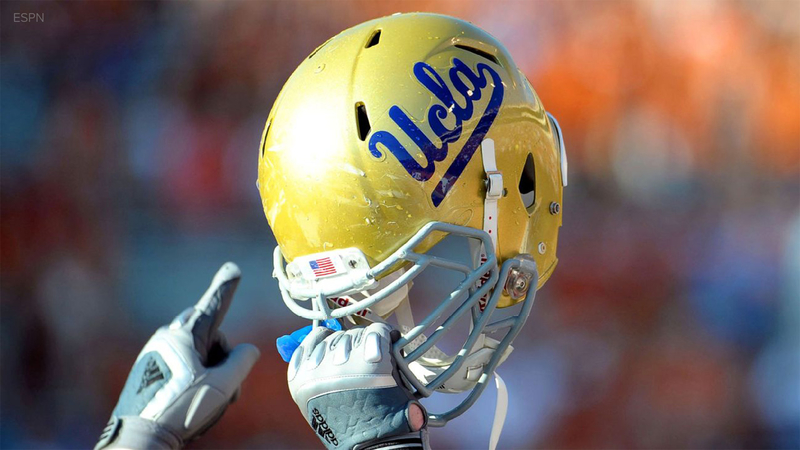 Holiday Bowl canceled due to COVID issues in Bruins' program

SAN DIEGO (KABC) -- UCLA was forced to pull out of the Holiday Bowl only hours before Tuesday's scheduled game against NC State in San Diego because of COVID-19 problems within the Bruins' program.

The school announced its decision on Tuesday.

The UCLA football team is unable to participate in tonight’s San Diego County Credit Union Holiday Bowl due to COVID-19 protocols within the Bruins’ program. pic.twitter.com/rHXEmGv9gl

"We are extremely grateful to the Holiday Bowl, students, fans, sponsors and the people of San Diego for their support this week," UCLA athletic director Martin Jarmond said. "We are deeply disappointed for our young men in the football program that worked extremely hard for this opportunity. My heart goes out to them. The health and safety of our students will always be our North Star."

The Bruins and Wolfpack were scheduled to play at Petco Park Tuesday night.

"Heartbroken to not be able to compete one more time this season," NC State said in a statement.

Heartbroken to not be able to compete one more time this season. We were informed a short time ago that our opponent would be unable to play this evening.

The Holiday Bowl is the fifth bowl game to be cancelled because of COVID-19 issues with at least one of the participating teams, joining the Arizona Bowl, Hawaii Bowl, Fenway Bowl and Military Bowl.

The sale of SDCCU Stadium -- where the Holiday Bowl had been played since its inaugural edition in 1978 through 2019 -- to San Diego State University in 2020, and its demolition to make way for a west campus and Aztec Stadium, left the bowl game without a home.

The San Diego Padres announced a partnership with the San Diego Bowl Game Association in July allowing the Holiday Bowl to be played at Petco Park for a minimum of the next five years, beginning this year, dependent on city council approval, which was granted later in July, overturning a previous ban on football at the downtown baseball stadium.

The game was expected to be the first time an Atlantic Coast Conference team had played in the Holiday Bowl.

Under an agreement announced in 2019, the ACC will supply a team for the game at least through 2025. The agreement was supposed to begin with the 2020 game, which was canceled due to the pandemic.

The Holiday Bowl is in a group with the Cheez-It Bowl and Gator Bowl that have the first picks among Atlantic Coast Conference teams following the New Year's Six bowls.

It was scheduled to be UCLA's second appearance in the Holiday Bowl.

This season was the first time since 2015 the Bruins have won at least eight games in a season. The last time they won more than eight games was 2014.

It was also going to be UCLA's first bowl appearance since 2017 when it lost to Kansas State, 35-17, in the Cactus Bowl. UCLA's bowl record is 16-19-1, including losses in its last two bowl games.

North Carolina State (9-3) has won four of its last five games. The Wolfpack were 18th in most recent Associated Press poll, which was released Dec. 5, three spots higher than the previous week. UCLA is unranked.

North Carolina State's appearance would have been its seventh bowl appearance in eight seasons. It has a 17-15-1 bowl record, including losses in its last two bowl games.

It would have been the third meeting between the teams.