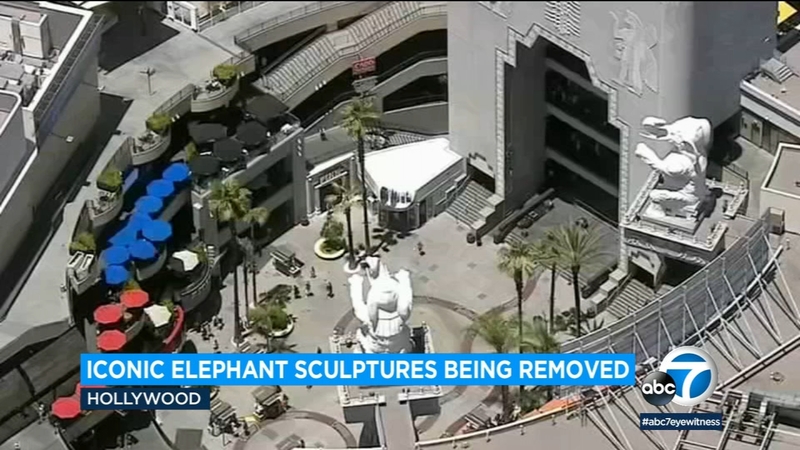 The massive white fiberglass elephants are being taken down as part of a broader makeover of the site, which has shops and restaurants and is home to the annual Academy Awards ceremony.

Originally, the elephants were a tribute to director D.W. Griffith's 1916 silent film "Intolerance."

Griffith was one of the pioneers of Hollywood, but his legacy is problematic.

His film "The Birth of a Nation" glorified the Ku Klux Klan and used racist stereotypes in its depiction of African Americans.