Woman dies when run over by her own car amid Hollywood road-rage incident, police say 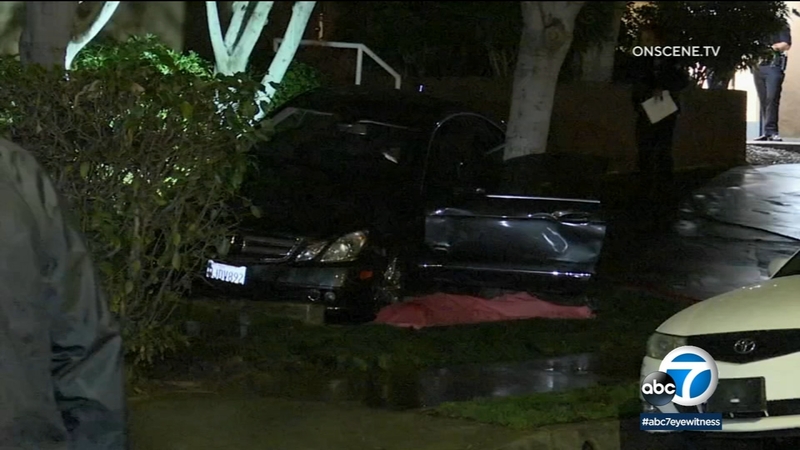 HOLLYWOOD, Calif. (KABC) -- One woman was killed after what police are calling a road rage incident between a motorcycle and a vehicle ended in a deadly crash in Hollywood early Tuesday morning.

The 26-year-old woman died after she was ejected from the car and her passenger tried to move the vehicle and ran over her, police say.

The incident began when two women in a Mercedes Benz got into a fight with a man on a motorcycle on Sunset Boulevard around midnight, Los Angeles police say. At one point, the Mercedes bumped into the motorcycle, police said.

Within four minutes, both motorists made their way to the 1300 block of Martel Avenue, outside of an apartment complex, according to police. The passenger then got out of the car to confront the motorcyclist, while the 26-year-old driver of the Mercedes tried to drive away.

"The car began to drive away. The driver was ejected (or) fell out of the car somehow, striking a tree," said Captain Brian Wendling with the LAPD.

Wendling added that the passenger then tried to move the car and ran over the driver. She fled the scene on foot but was later arrested but was not booked on any charges.

Lucis Frader, who lives nearby, ran outside when he heard screaming but the woman was unresponsive.

"She was breathing very heavily. I tried saying to her are you OK, are you OK, can you hear me, do you know your name? There was just no response."

The motorcyclist stayed at the scene and is cooperating with authorities.