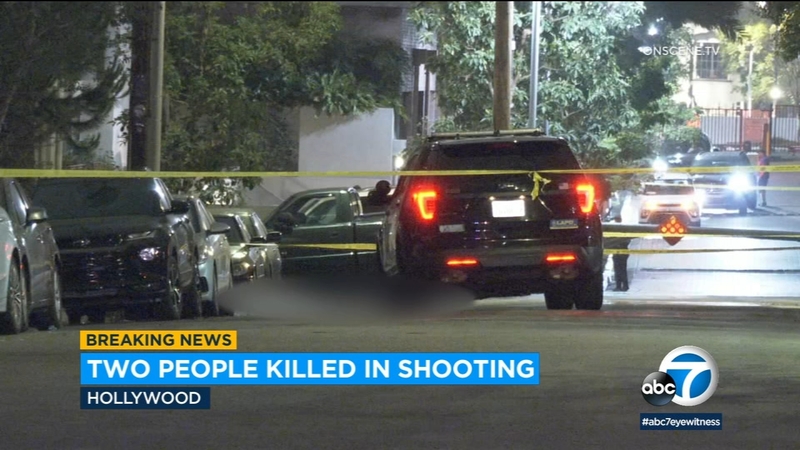 HOLLYWOOD, LOS ANGELES (CNS) -- A man who was wanted in the shooting deaths of a woman he had been dating and another man in Hollywood was arrested by the San Bernardino County sheriff's Fugitive Task Force, authorities said.

Marvin Francell Williams, 32, was taken into custody in Hesperia, the Los Angeles Police Department said in a Thursday news release.

Williams was transported by law enforcement personnel to Los Angeles, where he was booked on a no-bail murder warrant, according to the the LAPD.

On Tuesday, the LAPD had announced that detectives were seeking Williams in the killings of Nadia Campbell, 35, of Hollywood, and Ajani Patridge, 40, of Los Angeles, who were gunned down about 11:15 p.m. on June 16 in the 6100 block of Carlos Avenue.

At 6:30 p.m. Wednesday, Williams came out of the location and got into the rear passenger area of a vehicle, the LAPD said.

The vehicle left the location and was stopped by the Fugitive Task Force. Williams was taken into custody without incident, authorities said.

LAPD and FBI Fugitive Task Force officers arrived at the location and took custody of Williams, who was then transported to the LAPD's Olympic Division and booked on a murder warrant.

Investigators said the woman's children were near the scene at the time of the shootings.

"Nadia's three young children were in a vehicle nearby when the murders occurred," the LAPD said in a statement. "The suspect was in a dating relationship with Campbell and this crime involved domestic violence."