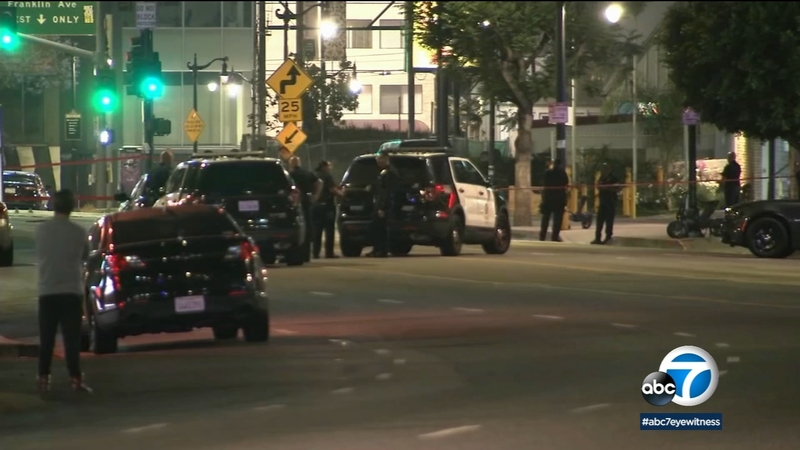 HOLLYWOOD, LOS ANGELES (KABC) -- A real-life, heart-pounding drama played out in the heart of Hollywood Wednesday when a burglary suspect was shot by police.

The shooting happened near Highland Avenue and Franklin Avenue after officers responded to a home burglary call in the 2000 block of Paramount Drive at about 4 p.m.

LAPD says the man, described only as being in his 20s, was one of three burglary suspects. The other two were quickly caught, but the third ran and pulled a gun, which led officers to open fire, according to investigators.

That suspect took off again, and unsuccessfully tried to car-jack a vehicle.

He was eventually caught after suffering a non-life threatening gun-shot wound.

Traffic in the area was impacted for several hours due to the investigation.