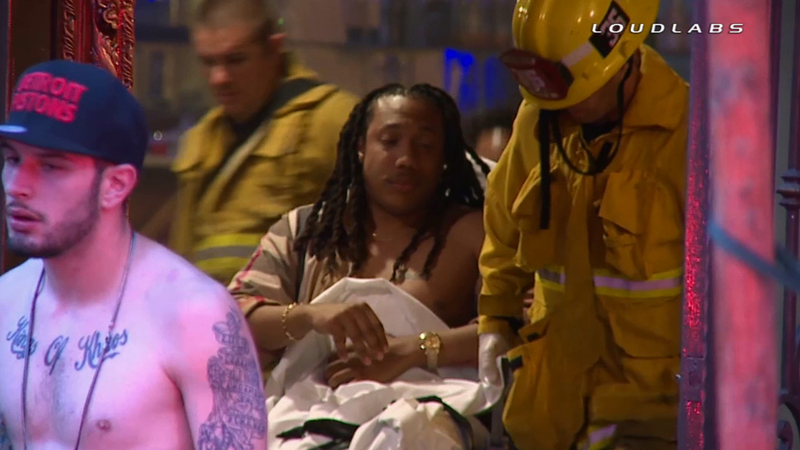 LOS ANGELES (KABC) -- One person was killed and five others injured in two separate incidents at unsanctioned parties leading up to the BET Awards Sunday night, Los Angeles police said.

The events were "unauthorized and unaffiliated with the BET Awards," BET said in a statement.

Police received a call shortly after 5 a.m. Sunday about a shooting at the Monalizza Restaurant & Banquet Hall on the 1100 block of North Vermont Avenue in East Hollywood. The shooting occurred over a dispute, LAPD Capt. Jeff Burt said.

One person was killed and four others were injured at the event. The four injured victims were taken to multiple hospitals and listed in stable condition.

No one was arrested and no suspect information was available.

A man was stabbed in the stomach Saturday night at the Lure nightclub on the 1400 block of Ivar Avenue in Hollywood just before 11 p.m., LAPD officer Drake Madison said. The incident sent hundreds of club goers pouring into the street.

The victim was transported to a local hospital with minor injuries.

Police are searching for suspects in both incidents.

The BET Awards were held at the Nokia Theatre L.A. Live Sunday night. Police are asking any witnesses to the shooting or stabbing to come forward.