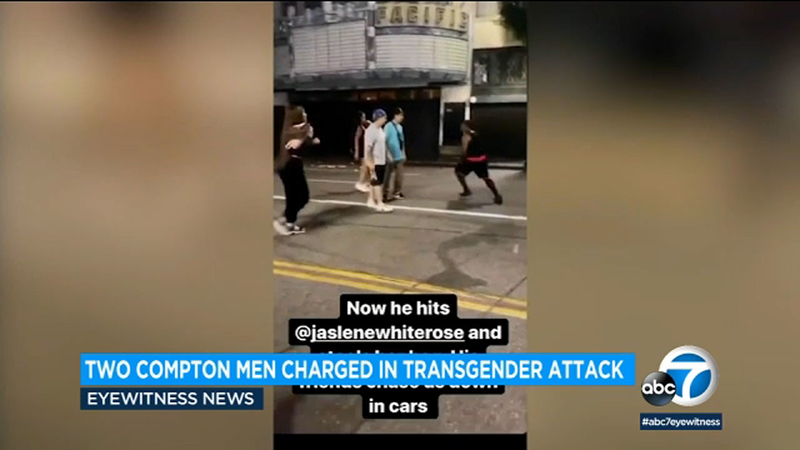 The frightening attack, classified by Los Angeles police as a hate crime, happened at about 2:15 a.m. Aug. 17 in the 6500 block of Hollywood Boulevard.

Davion Anthony Williams, 22, faces one felony count each of assault with a deadly weapon - a rideshare scooter - and grand theft.

The attack was captured on video and streamed live as it was happening.

The victims -- Eden Estrada, Jaslene Busanet and Joslyn Allen -- identify themselves as women who happen to be transgender.

Allen said a suspect armed with a metal bar robbed her. Busanet was hit in the back of the head and knocked to the ground.

The victims say bystanders recorded the attack and laughed as the women pleaded with them to call 911.

The criminal complaint includes allegations that the crimes committed were hate crimes and that Callaway used a steel rod as a deadly and dangerous weapon.

Callaway allegedly befriended the three victims and later assaulted them near Hollywood Boulevard and Wilcox Avenue, according to Deputy District Attorney Richard Ceballos.

Williams allegedly joined the attack and stole from one of the women, according to prosecutors.