Just in time for the franchise's new film, a Star Wars superfan has brought a favorite Jedi pastime to life -- complete with working holograms. 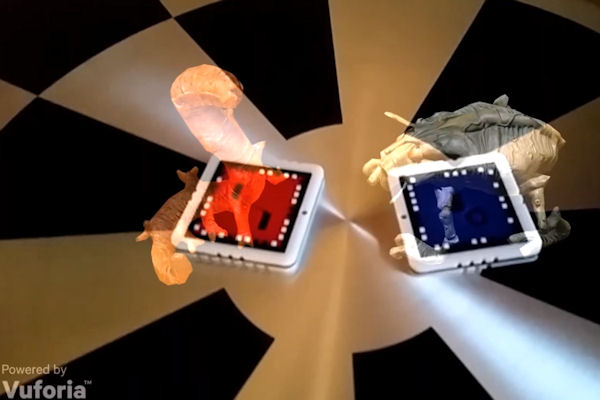 Martin created working hologram pieces as part of the game.

The fictional game was featured in the Star Wars franchise, most notably when C3PO suggests R2D2 "let the Wookiee win" when playing Chewbacca.

Martin told ABC he was inspired to create the table due to a lifelong love of Star Wars.

"I have been a Star Wars fan for as long as I can remember and have done various other Star Wars projects, such as a wearable C-3PO costume and a Salacious Crumb puppet replica," he explained. 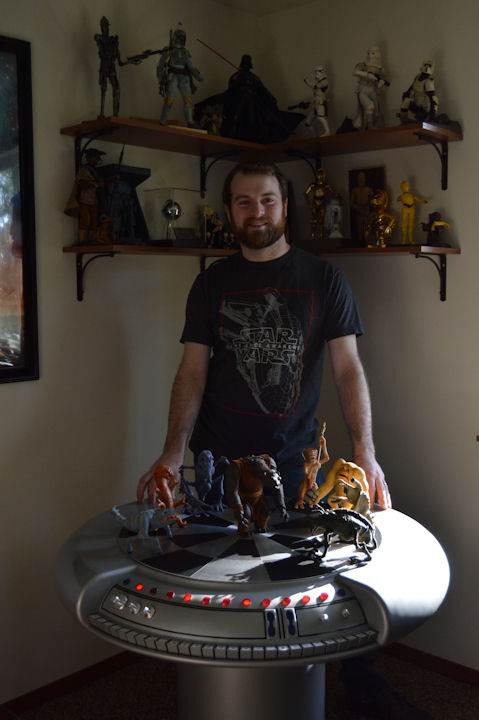 Martin has an extensive collection of ''Star Wars'' memorabilia, including these action figures and a C3PO costume he built himself.

When Martin recently moved to Washington state and found himself with a full-sized garage for the first time ever, he let his imagination run wild.

"Since then I've gone a bit crazy and outfitted it as a sort of workshop with a 3D printing station, soldering station, a rotocaster, and soon a laser cutter," he said. "I honestly didn't think I would have the determination to finish all eight of the monster sculpts, but instead eleven months later I found that I not only finished all of them, but had also found a way to put together a full sized table with working electronics." 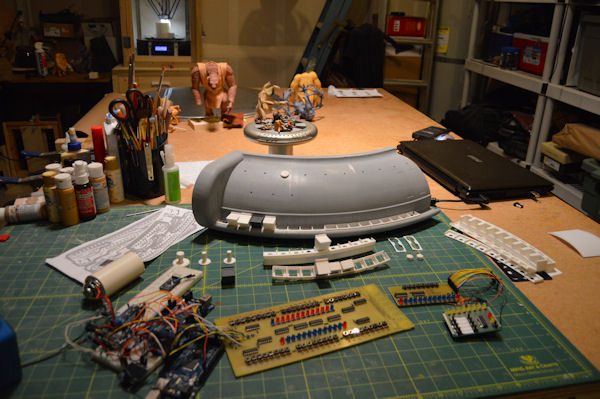 Martin used 3D printers and LED lights to create the table and the pieces.

Martin created all of the pieces and his brother even created an official rule book. He details the rules of the game and how he created the table and pieces in his introduction video.

Many in the Star Wars fan community have started asking whether they could buy one for themselves. Martin said he unfortunately doesn't have the resources to do mass produce on his own, but he is working on a virtual version of the game.

"I'm also hoping I'll be able to bring the table to Comic conventions and Maker Faires," he said, "so that people will be able to sit down with a pair of AR [Augmented Reality] Glasses and live out their geeky dream of playing an actual game of Holographic Chess."

Images used with permission of Ian Martin. See more on his Facebook page.