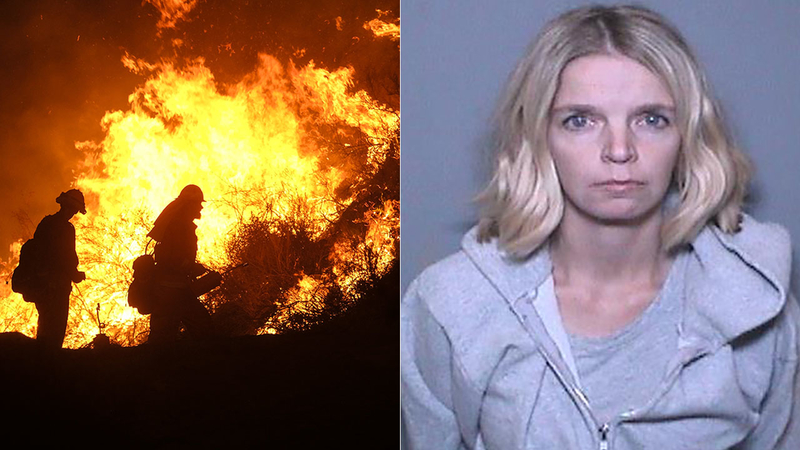 Authorities have arrested an Orange County woman on suspicion of creating a scam that generated thousands of dollars by fooling people into thinking they were donating to help firefighters battling the Holy Fire.

Ashley Bemis, 28, is accused of posing in social media as the wife of a firefighter battling the blaze as it tore through Orange and Riverside counties in August. She asked for donations of money and items to help her husband and other firefighters on the front lines.

As hundreds of firefighters worked around the clock to contain the destructive Holy Fire in Orange and Riverside counties, law enforcement said a woman worked to scam dozens of generous people.

But officials say Bemis is not married to a firefighter and was raising the money for her own benefit.

Bemis was arrested Tuesday and booked into Orange County Jail on charges of felony grand theft, second-degree burglary, witness intimidation and making false financial statements. She is being held on $50,000 bail.