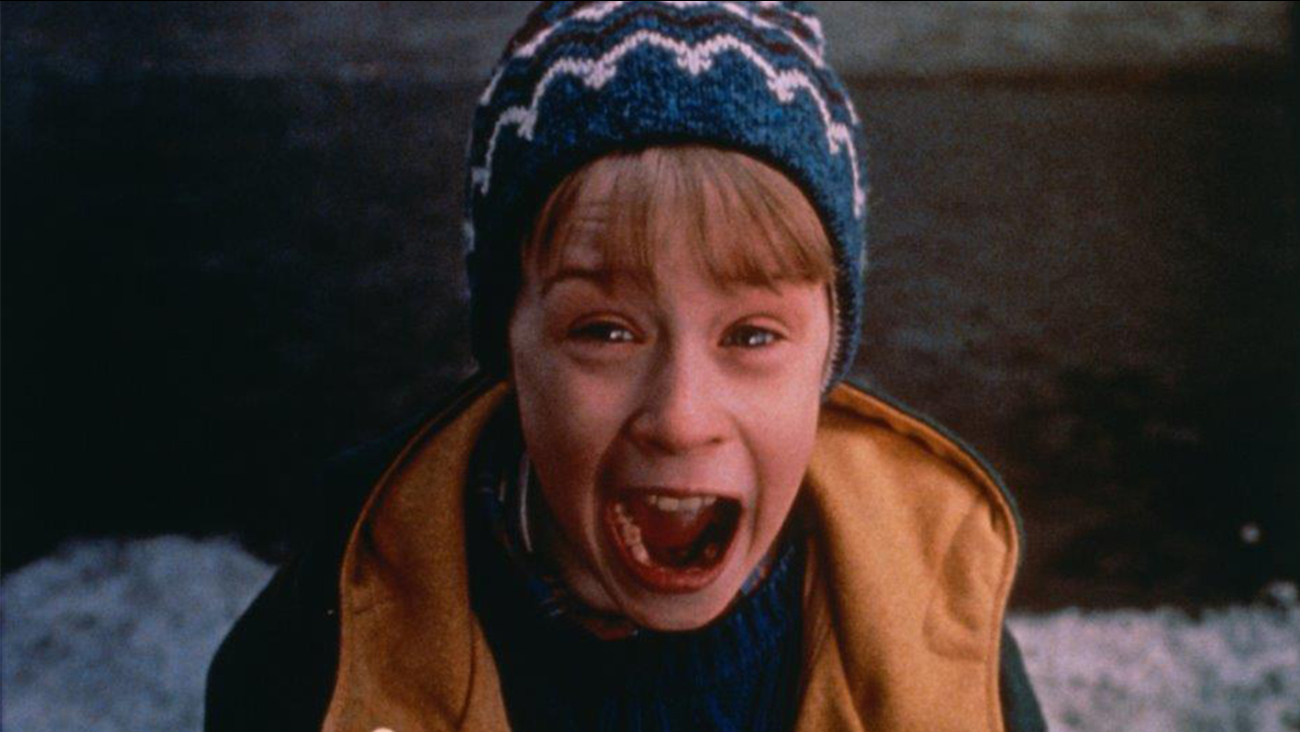 Twenty-five years ago Monday, movie audiences across the world were introduced to Home Alone, a movie showcasing the cunning 8-year-old Kevin McAllister as he defends his house from burglars after accidentally being left at home by his family. Many other holiday and children's movies have come and passed in the decades that followed, but none have had the same cultural impact of Home Alone, whose heartwarming characters and touching themes remain a gift to audiences.

When Home Alone came out in 1990, Kevin McAllister, played by Macaulay Culkin, quickly became every child's hero. You could identify with his plight as the perennially overlooked child, with his parents' favor always going to his less-deserving siblings. No matter how hard Kevin tries, he still seems to get ignored and ends up looking even more temperamental and whiny in the process. But when Kevin finally is left home alone, he doesn't cower in fear, he doesn't cry, he embraces the situation and tackles it head on. Kevin's realistic plight with his family made him endearing to kids, and his successful triumph of Harry and Marv enshrined him as a hero among youth.


For someone who composed the music for epic adventures like Star Wars and Raiders of the Lost Ark, conducting the score to a family/holiday movie may seem like a strange change of pace. But John Williams rose to the occasion in Home Alone, with his fanciful and curious score capturing the fun, holiday nature of the film. Just hearing Williams' opening melody from the film brings images of Kevin's hijinks to one's mind.

Joe Pesci and Daniel Stern were goofy but believable villains

When the protagonist of your movie is an 8-year-old, it's necessary that the antagonists be believable, but not overly-threatening to the young character. If they're too goofy or unrealistic, the audience won't be able to take them seriously. If they're too threatening or powerful, then the movie is at risk of losing its fun, comedic charm. That's why Joe Pesci and Daniel Stern were the perfect villains to Kevin McAllister as Harry and Marv, a crafty pair of thieving burglars who were just hapless enough so the movie could remain fun, even when they were breaking in to the McAllister home. Pesci and Stern also have incredible chemistry, with the duo stealing the show any time Kevin wasn't on screen.

Home Alone has something for everyone

Take a heap of Christmas movie, add a dash of kid-appropriate comedy, a sprinkle of family flick, and a pinch of caper action, and you've got Home Alone. The movie appropriately fits into each of the genres while never being beholden to any of their shortcomings. Anyone can watch and enjoy Home Alone, regardless of age or background. Many other children's movies are a bore for parents and several Christmas films lose their flicker halfway through. But Home Alone's multi-genre approach makes it a classic even 25 years later.

Home Alone is best remembered for Kevin's innovative traps and gadgets when Harry and Marv try to enter his house. But watch it again and you'll notice a treasure trove of positive themes and messages as well. One of the most interesting messages comes from the character Old Man Marley, played by Roberts Blossom, who is a mythological figure among neighborhood children as some sort of murderous monster. But once Kevin actually gets to know Marley, he finds out that Marley is actually a caring old man who holds regrets becoming distant from his family years ago. Kevin and audiences at home learned not to be afraid of things you don't understand and the importance of showing love for your family. Macaulay Culkin and gang may have grown up, but the touching lessons from Home Alone are still timeless.
Related topics:
arts & entertainmentdistractionmoviesholidaybuzzworthymovie newswatercooler
Copyright © 2022 KABC Television, LLC. All rights reserved.
TOP STORIES
9 shot, 1 fatally, outside hookah bar in San Bernardino
COVID-19, shootings: Is mass death now tolerated in America?
Father put 1K miles on his car to find formula for premature daughter
24-hour closure planned on 101 Freeway east of downtown LA
'Absolutely terrified' teen boy dies hours after 'sextortion' scam
Florida deputy facing negligence charges after fiery takedown
Boyle Heights school inspires 1st-gen Latino students with Career Day
Show More
LAFD firefighters caught on video punching, kicking man in Silver Lake
SoCal homeowner shoots, kills suspect during home burglary
Runner dies after collapsing at finish line of Brooklyn Half Marathon
Some peanut butter recalled for potential salmonella
Granada Hills residents express concern over homeless encampment
More TOP STORIES News