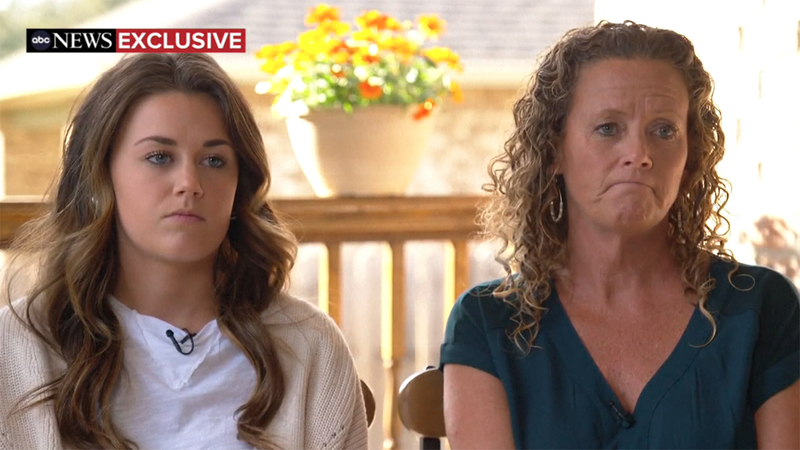 In October 2020, J.M. Tate High School crowned Emily Grover, then 17, its homecoming queen. But months later, she and her mother Laura Carroll were arrested and now face multiple felony charges stemming from the homecoming vote at the Pensacola high school.

While employed as an assistant principal at the nearby Bellview Elementary School, Carroll accessed the school district's internal system to cast fraudulent votes for her daughter so that she would win, officials said. The investigation began in November when the Escambia County School District reported unauthorized access into hundreds of student accounts, according to the Florida Department of Law Enforcement.

Investigators found that in October, hundreds of votes for the school's homecoming court were flagged as fraudulent, the news release said. There were 117 votes from the same IP address within a short period of time, the investigation found.

That's when investigators found evidence of unauthorized access to the system linked to Carroll's cellphone and computers at her home. There were 246 votes cast for homecoming court from those devices.

The votes were flagged as fraudulent when 117 votes allegedly originated from the same IP address.

Each facing 16 years in prison, the mother-daughter duo is now speaking exclusively to ABC News.

"When [a school official] questioned me, he didn't really question me. He just said, 'Look, we have all these statements, and we know you did it ... that I rigged the election," Grover said.

"Did you do that?" ABC News correspondent Will Reeve asked.

Carroll told Reeves that she could not explain how dozens of fraudulent votes were traced to her phone and family's home.

"We do have forensics people, and we have an investigator that are helping us to try to explain it ... There's evidence to prove that she could not possibly have done that," she said.

Carroll, however, said she was unable to detail that evidence and Grover's purported alibis before a trial.

Following the charges, Grover was suspended from school, and Carroll lost her job. The pair said they've become outcasts in their hometown.

"It was hard to watch, and you can't do anything about it ... We couldn't go anywhere because this was national news," Carroll said as Grover teared up.

Grover and Carroll said they rejected a plea deal and are now fighting the charges in court.

"We did not do what they say we did, and I'm not willing to plead out to something that I didn't do," Carroll said.

"I wasn't going to either," Grover added.

Carroll said the homecoming queen win was not important to her or her daughter. They told Reeves that Grover would have secured enough votes to take the crowd even if the fake votes weren't counted.

Each is charged with offenses against users of computers, computer systems, computer networks and electronic devices; unlawful use of a two-way communications device; criminal use of personally identifiable information and conspiracy to commit those offenses.

"Let's talk about what this is not. This is not a voting fraud case. They're not being charged for rigging the election. They're being charged for accessing computer files, for misappropriating the ability to get into that computer system," said ABC News chief legal analyst Dan Abrams.

Abrams said he believes prosecutors are overcharging in this case "in an effort to get them to plead down."

Though Grover was underage at the time of the alleged crimes, prosecutors charged her as an adult.

"They have clearly made a statement here which is, 'We're going to force you to admit responsibility for this, and as a result, we're going to throw everything at you.' So far, it hasn't worked," he said.

But without a plea deal, defense lawyers will face difficulties making their case if this goes to trial, Abrams said. Any evidence involving a digital footprint is easily traceable, he said.