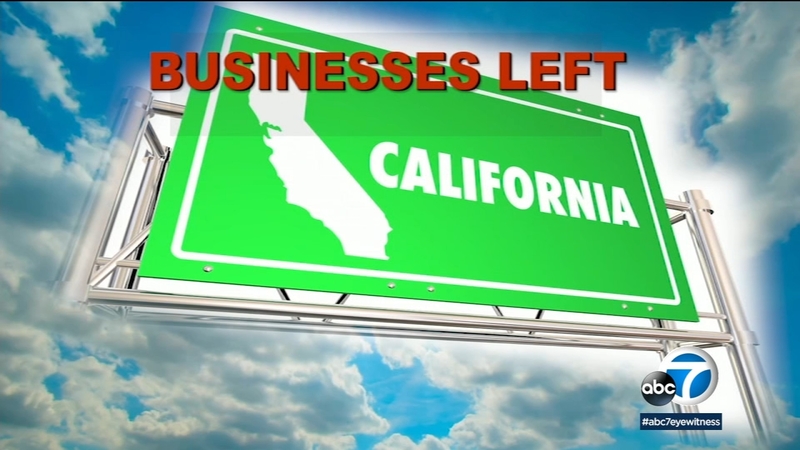 Business moving out of Southern California

CANOGA PARK, LOS ANGELES (KABC) -- Tom and Micki Brizes are packing up and moving their small business out of Southern California to what they say is the more business-friendly state of Texas.

Aeromax has been in business for 32 years, mostly selling airline parts for military aircraft.

The Brizes have been running Aeromax in Canoga Park for years, but say the cost of doing business in California is just too high.

They're moving Aeromax and most of its employees to Fort Worth, Texas.

"There's so much regulation, that we really need to be in a place that allows our small business to grow and I feel that Texas will do that for us," says Micki Brizes.

He says it's also about quality of life and points to the homeless problem he says is getting worse and worse by the year. Brizes says his employees are afraid to take walks at lunch time and recalls one UPS driver who was attacked by a pit bull that jumped out of a homeless person's RV. Brizes says the UPS driver required hours of surgery.

Brizes says he called the LAPD at least three times to complain about issues related to the homeless population, but says he was told nothing could be done.

Joseph Vranich is a consultant who helps businesses relocate.

"There's such squalor that people are looking to leave," says Vranich. "I've experienced companies, company leaders going to employees and saying, 'you know what - we're interested in moving out of state,' and employees volunteer to go."

Mauricio Lopez has been with Aeromax for two years, and he's moving to Texas with the company. Lopez says the cost of housing in Southern California is too high.

Brizes says a move of this magnitude is certainly not cheap, it will cost more than $100,000 -- but he says he'll make that up in no time and in the long run it'll definitely help the company.