SAN JOSE, Calif. -- There's good news about a college grad who was homeless and handing out resumes in Northern California. He landed a job! 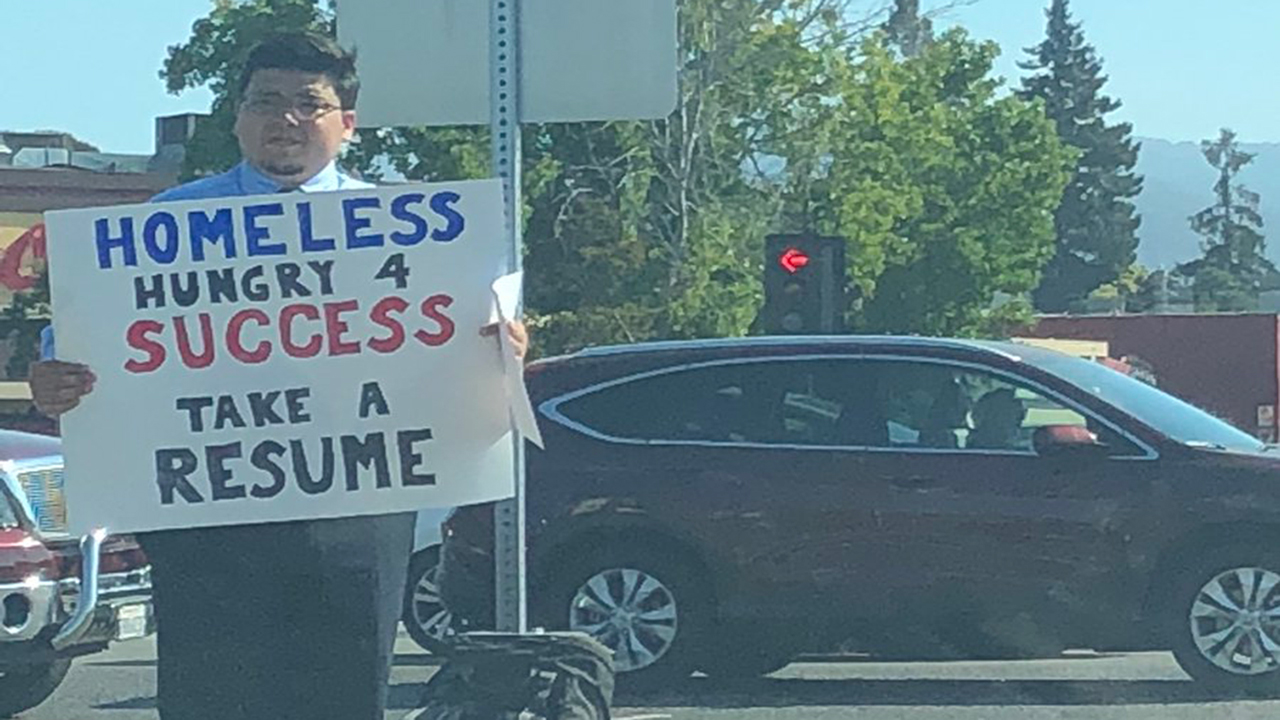