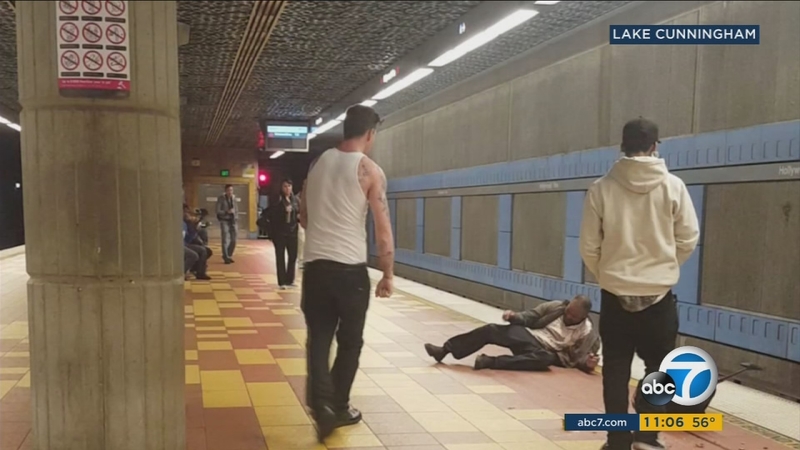 HOLLYWOOD, LOS ANGELES (KABC) -- A brutal attack on a homeless man at a Metro station in Hollywood was caught on video.

The man who recorded the video, Lake Cunningham, said the incident happened at about 12:45 a.m. on Tuesday at the Hollywood/Vine Station.

In the video, the homeless man, who witnesses say is possibly mentally ill, is seen getting punched from behind.

Cunningham said he called police, but both suspects and the victim were gone by the time they got there, so no report was taken.