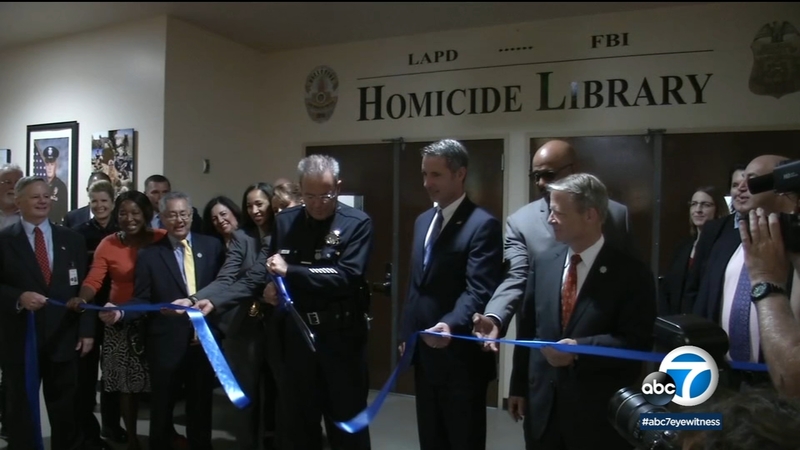 WESTCHESTER, LOS ANGELES (KABC) -- The Los Angeles Police Department is teaming up with the FBI in an effort to crack cold cases with the opening of the "Homicide Library" in Westchester Wednesday.

Officials from both agencies were on hand at the facility for its opening.

Lawanda Hawkins was elated as she stepped inside.

The facility is where homicide records will be stored and digitized in hopes of solving cold cases, like Hawkins son's 1997 murder.

"That was not just an injury to a mother, or to a son, or to a daughter or to a cousin, but to families and to communities that cascaded from one generation to the next," said LAPD Chief Michel Moore.

"It's like a dream come true. But it's bigger than what I ever imagined." Hawkins said.

Families of murder victims can go to the LAPD Ahmnanson Recruit Training Center in Westchester with a detective and gain access to physical records.

If the records have already been digitized, they can be sent directly to a detective by e-mail.

The LAPD plans to digitize all murder cases dating back to the 60s.

Hawkins said the library can bring hope to some families.