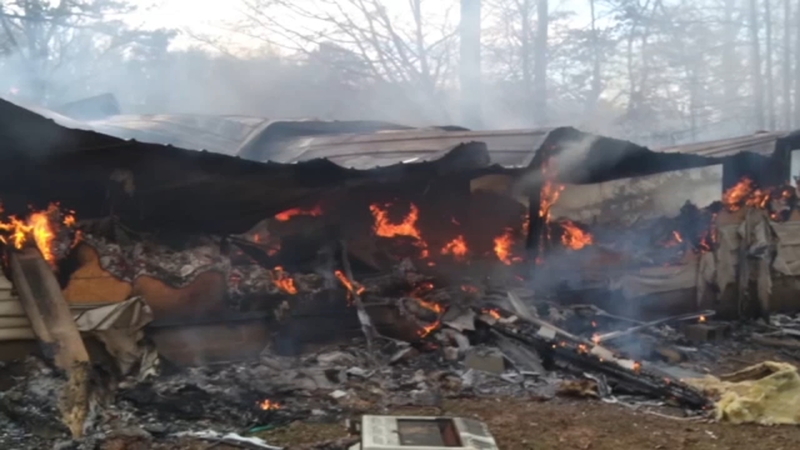 KNOXVILLE, Tenn. -- A brave 7-year-old boy saved his toddler sister from a house fire in Tennessee.

Last week while Nicole Davidson and her family were sleeping, their home caught fire.

She and her husband, Chris, jumped out of bed to save their family.

"He grabbed the fire extinguisher trying to buy me time to get the kids, and I grabbed the boys because they were the closest to the fire," Davidson said.

With the blaze spreading quickly they ran outside, but their 22-month-old daughter was still inside her crib.

"The scariest moment of my life was when I thought we couldn't get her," she recalled.

That's when Eli, their 7-year-old son, went in through the bedroom window to save his sister.

A heroic act from a courageous little boy.

"It's okay to be scared, but you're brave inside and you can do it when you want to," Eli said he told himself.

No one was hurt in the fire, but the home is a complete loss. The family is now staying with a family member.