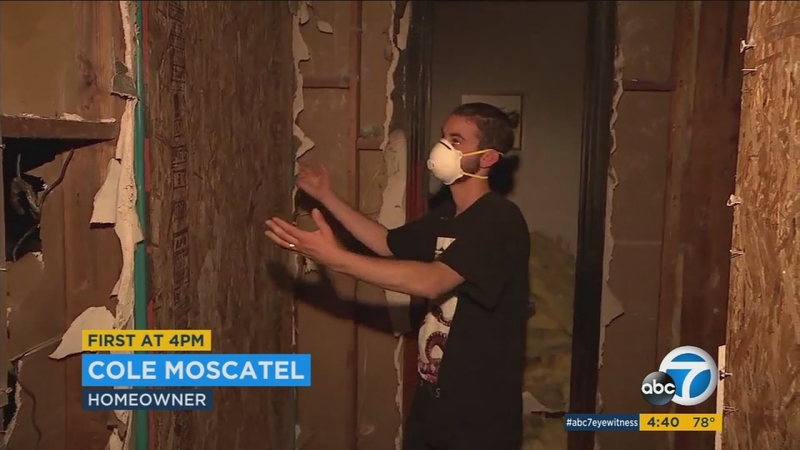 Two and a half weeks ago, a fire erupted in the downstairs theater room.

He is grateful that he was able to get his pregnant wife and his blind father out safely.

But he believes the fire was caused by a hoverboard he received as a Christmas gift from his wife.

"We plugged it in for charging and the next thing you know fire happens and the whole house goes down," Moscatel said.

The rechargeable board was manufactured by Irvine-based Swagtron.

The San Bernardino County fire marshal has ruled the cause of the fire as undetermined but noted a hoverboard was in the room.

Moscatel said an insurance investigator also pointed to the hoverboard as a possible cause.

A restoration crew is now pulling items that can be salvaged from the home but the Moscatels say they'll be out of their home for months. In the meantime they are warning others.

"I think they should pull it off the shelf," Moscatel said.

"There needs to be an awareness going around so people don't leave them plugged in especially in children's rooms."

Eyewitness News reached out to Swagtron.

An attorney for the Orange County company says they are looking into the claim but have not received additional information they've requested from the Moscatels.