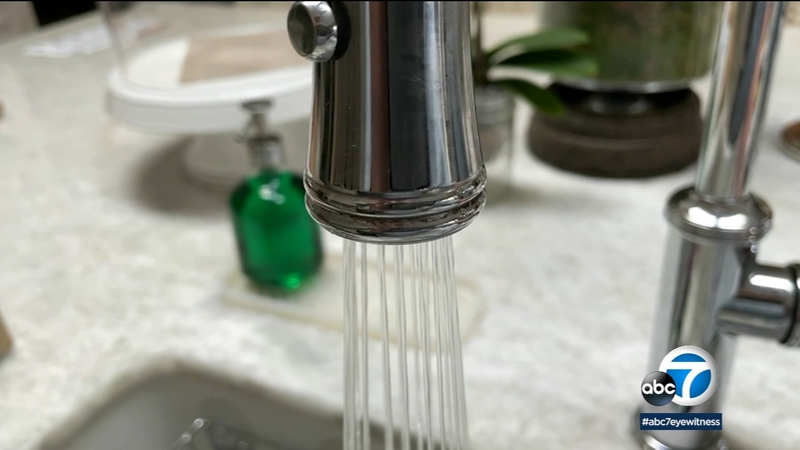 LOS ANGELES (KABC) -- You turn on the tap and expect clean water. But what exactly is in that water?

Analysts at EWG, a nonprofit environmental group, found a number of chemicals that are known to cause cancer.

"We want people to understand that there are health risks," says Sydney Evans, an EWG science analyst. "You might not take a drink of your tap water today and get sick tomorrow but down the road there are going to be heightened risks."

EWG has a new tap-water database. Analysis of Los Angeles Department of Water and Power water found the level of arsenic 430 times its own EWG recommendation. It also found chromium at 29 times recommended levels, and acids from disinfectants at 184 times.

The levels however are all below the legal limit set by the federal government. But EWG says levels that are technically legal are not necessarily safe.

"When these regulations were set, sometimes decades ago for these contaminants, it was based on information that was available at the time," Evans says.

But some are skeptical of these findings.

"In my opinion some of their proposed thresholds are unrealistically low to borderline impossible to meet," says Daniel McCurry, a water-quality expert at the University of Southern California.

McCurry says water regulations have to be balanced.

"When the EPA sets its regulatory determinations it's based on a level of risk that they consider permissible and also they don't want to set a contaminant target that is impossible to meet," he says.

LADWP points to its own studies that show it meets all the standards for drinking water.

The city agency sent Eyewitness News a statement which states in part: "LADWP rigorously tests the drinking water throughout its system, conducting over 35,000 samples annually and performing over 150,000 laboratory tests on those samples. This wealth of test data confirms that LADWP's drinking water is of the highest quality and fully complies with state and federal drinking water standards."

EWG says it hopes by highlighting this data it the pushes the government to change what it feels are outdated regulations.