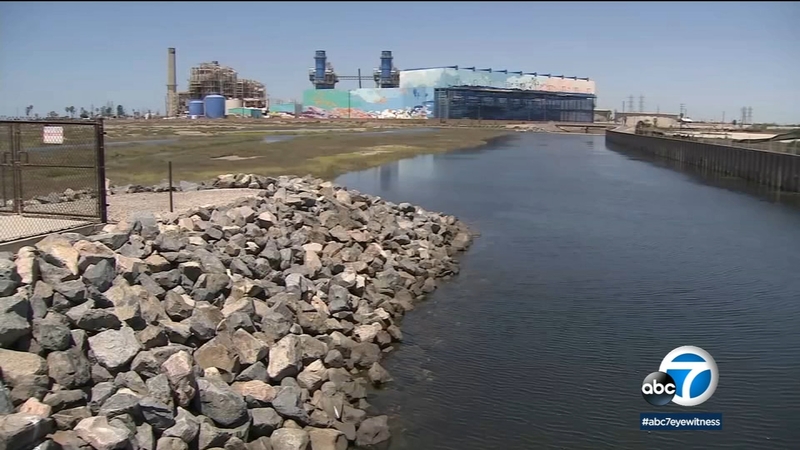 Panel to consider approval of desalination plant in Huntington Beach

HUNTINGTON BEACH, Calif. (KABC) -- A state panel on Thursday is expected to consider final approval of a controversial desalination plant in Huntington Beach, a project that has been in the works for two decades.

The California Coastal Commission is set to vote on a permit for a Poseidon Water seawater desalination facility at a scheduled meeting.

However, some environmental justice, coastal and ocean groups oppose the project.

Lydia Ponce, climate justice director for Society of Native Nations said, "We are here as indigenous people to defend, to honor and protect our oceans."

Ray Hiemstra with Orange County Coastkeeper which advocates from people's right to clean water said, "Building a desalination plant so that you can continue to hose down driveways and have lavish water wasting landscapes; that's just not California and it's not right."

Andrea León Grossmann, climate action director for Azul said, they're asking the commission to deny the permit because they said it will pollute the ocean and kill millions of sea life.

Poseidon Water said their plant would provide 50 million gallons of water to county residents every day.

Gov. Gavin Newsom and the Orange County Water District want the commission to approve the project

Steve Sheldon, president of the Orange County Water District said, "Our region is in such a bad drought. We're an arid region. Droughts, they come and they go and we need this long-term water planning, water management so that we can be drought resilient."

Sheldon added, "We think that the commission should look at the real issues, issues that affect water quality, that affect ocean life in reality and being reasonable that we have a drought. We need the water."

Hiemstra said, "I think we have a 50/50 chance. Realistically it's the facts versus politics."

A final decision on the future of the desalination plant is expected to be made on Thursday during the California Coastal Commission hearing.