Investigators say the suspect pulled out a knife on firefighters who were out responding to a call about a fire in the area.
KABC 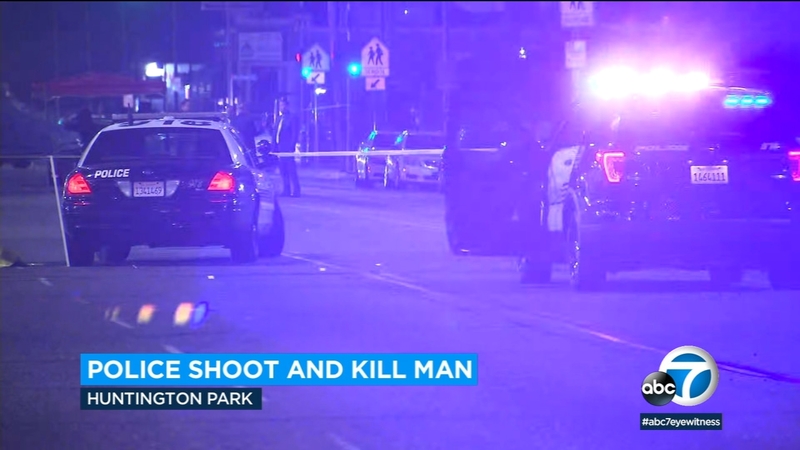 HUNTINGTON PARK (KABC) -- A suspect who pulled out a knife on first responders was shot and killed during an officer-involved shooting in Huntington Park, investigators say.

It happened early Tuesday morning in the 6400 block of Santa Fe Avenue. According to an update issued by the Los Angeles County Sheriff's Department - who is assisting in the investigation - said the county fire department was called out to a reported fire on Marbisa Avenue.

When crews arrived, the sheriff's department says firefighters were confronted by the suspect who told them he was armed with a weapon, possibly a handgun.

"They arrived and the same man brandished a knife at them, continually paced back and forth at/near the driveway of the location," read a statement from the sheriff's office. "Several commands were given and ignored to drop the knife. Less lethal was deployed with little to no effect on the man."

Investigators say the suspect took off as officers chased after him. The sheriff's department said the suspect "advanced toward an officer" and gunfire erupted.

The suspect - who was described by authorities only as a Hispanic man who appeared to be in his 30s - was pronounced dead at the scene.

His knife was recovered and there was no fire in the area, investigators say.