Chase ends in gunfire along 10 Freeway near Redlands; all lanes reopened after overnight closure

The driver being sought by police was sent to the hospital along with a female passenger, though their conditions were unknown.
KABC 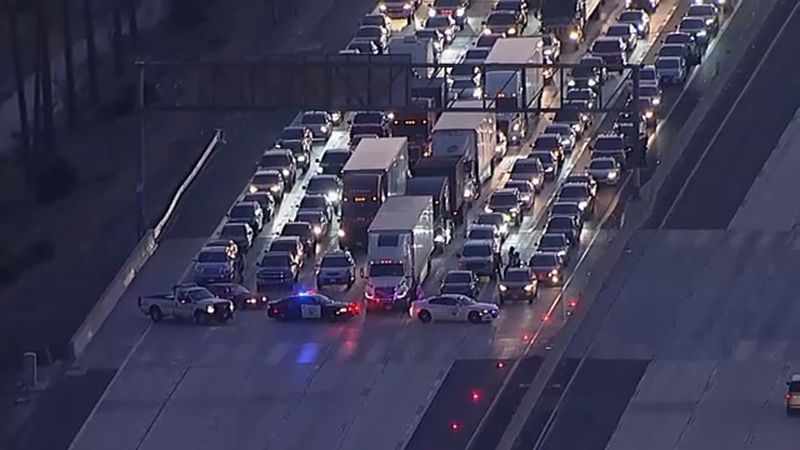 Chase ends in gunfire along I-10 near Redlands, prompts closure

SAN BERNARDINO COUNTY (KABC) -- A pursuit ended with gunfire on the 10 Freeway near the city of Redlands that prompted a full closure of the eastbound lanes overnight, police said.

According to the Fontana Police Department, officers were conducting a vehicle check on the 15 Freeway at Sierra Avenue Tuesday evening.

That's when the chase began and shots were fired.

It was unclear if police fired the gunshots or if they came from the suspect.

Police said officers then performed a PIT maneuver at Tennessee Street on the eastbound lanes of the 10.

An ambulance was requested for the driver and a female passenger.

No officers were injured during the shooting.

Meanwhile, the closure along the eastbound lanes of the 10 Freeway at Tennessee Street remained in effect overnight. All lanes were reopened shortly before 6:30 a.m. Wednesday.

The California Department of Justice announced Wednesday that they would be investigating the shooting, which resulted in the death of one person. The department did not name that person.

Once the investigation is complete, it will be turned over to the California Department of Justice's Special Prosecutions Section within the Criminal Law Division for independent review.