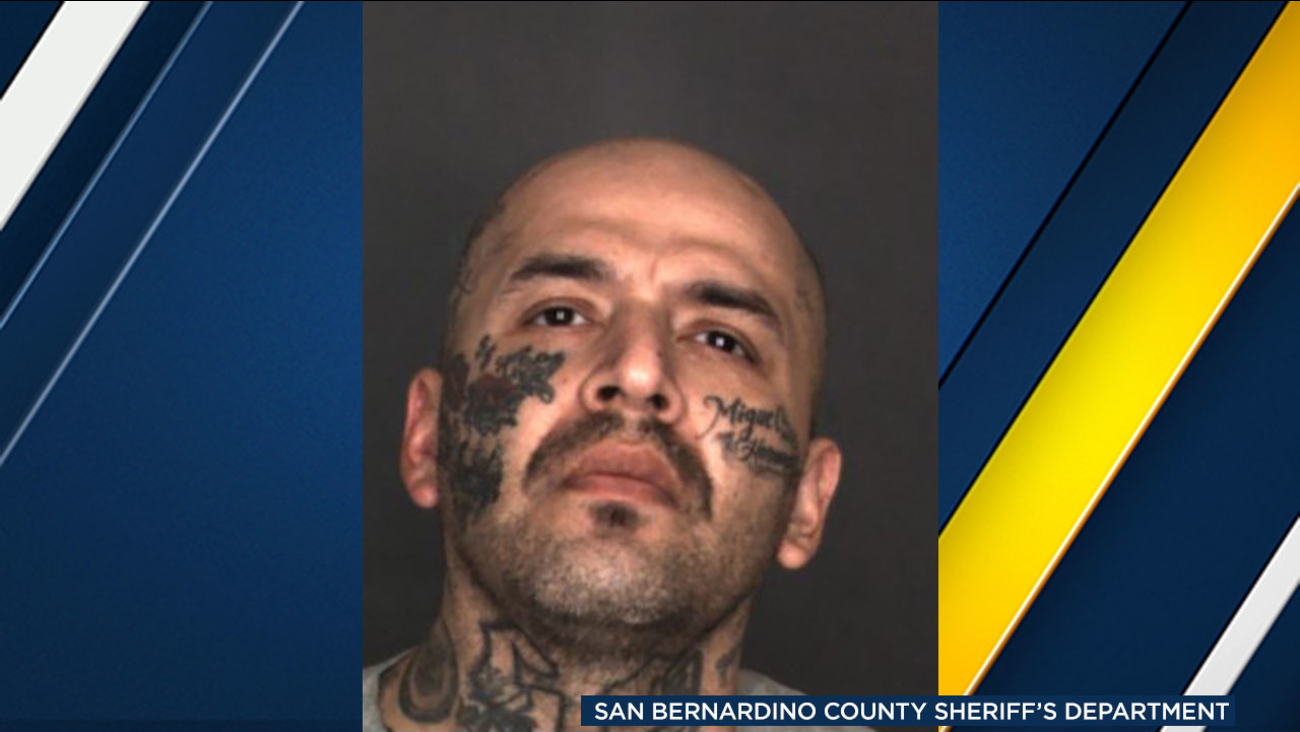 The alleged incident occurred Saturday at about 10:11 p.m. in Yucaipa.

The suspect, 41-year-old Bloomington resident Carlos Llanes, is known to have ties to a residence in the 12000 block of 13th Street in Yucaipa, according to the San Bernardino County Sheriff's Department.

Authorities say he is known to frequent the Yucaipa area and is considered "armed and dangerous."

Llanes is described as 6 feet tall and weighs approximately 180 to 200 pounds. He generally has a shaved head and has several tattoos on his face and neck.