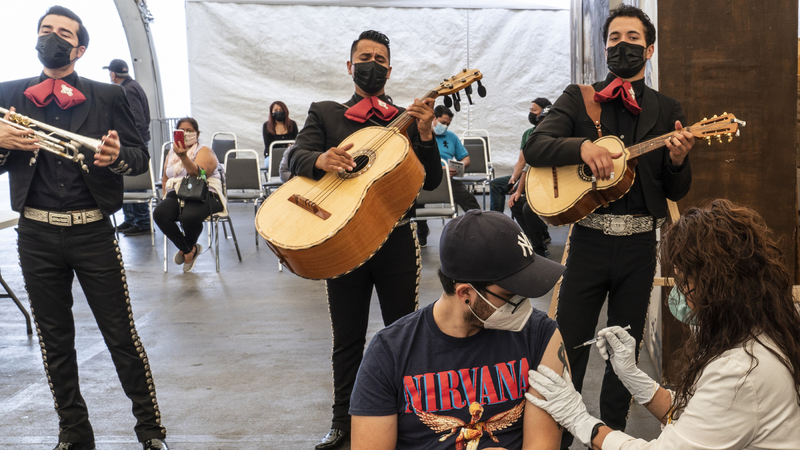 LOS ANGELES (KABC) -- A new USC report on the state of immigrants in Los Angeles County shows the disparities of the impact of the COVID-19 pandemic.

The report also points out the increasing diversity of the county's immigrant community.

Roughly one-third of the county's residents identify as immigrants.

"This is a report on immigrants in Los Angeles County, but it's important to the county as a whole," said Manuel Pastor, director of the Equity Research Institute at USC. "Nearly half of the workforce is foreign born. And just under 60% of our children have at least one immigrant parent. So, how immigrants do determines the future of Los Angeles County."

The findings highlighted the impact of the pandemic. It also featured the diversity within many immigrant communities.

"Twenty percent of Black folks in the county are either immigrants themselves, or the second generation children of immigrants."

Here's how the killing of Kate Steinle launched a battle over sanctuary cities.

Daniel Sharp is chief of the Los Angeles County Office of Immigrant Affairs and took part in the summit where the findings were released.

"There are a lot of important social-service support programs that the county provides, from health programs like My Health L.A., and Medi-Cal through our Department of Public Social Services, as well as food programs for folks that are food insecure, and then housing assistance," Sharp said.

According to the report, about 18% of those in Los Angeles County are undocumented or live with a loved one who is undocumented.

"And 70% of undocumented Angelenos have actually been in the country for longer than a decade, meaning they're well-established in communities, in businesses, they have formed families," Pastor said.