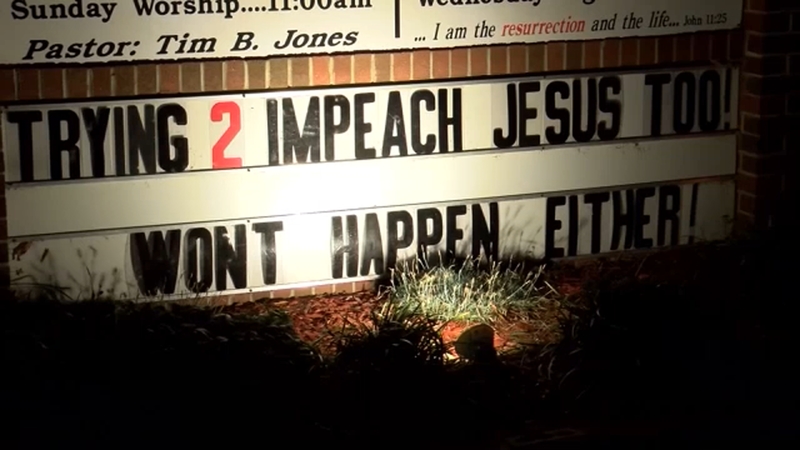 KANNAPOLIS, N.C. -- A North Carolina church is drawing attention after creating a sign offering support to President Trump in light of his impeachment hearings.

Pastor Tim B. Jones is at the center of the controversy after posting a sign at Resurrection Baptist Church that reads "TRYING 2 IMPEACH JESUS TOO! WONT HAPPEN EITHER!"

Jones told WBTV the effort to impeach Trump is part of a broader movement to phase out Christianity. The sign is the church's response to that.

"Somebody asked me if I thought that God ordained him to be in office and I do believe that with all my heart," Jones said. "I think that our voice has been taken away, and I think it's time to stand up. If it takes my sign to draw some awareness to it, then that's fine."

"I started thinking about the society that we're in and how it's pretty much Godless," Jones said. "I thought they're trying to impeach a president that they're not happy won an election. What's the difference? They're trying to take God out of everything as well."