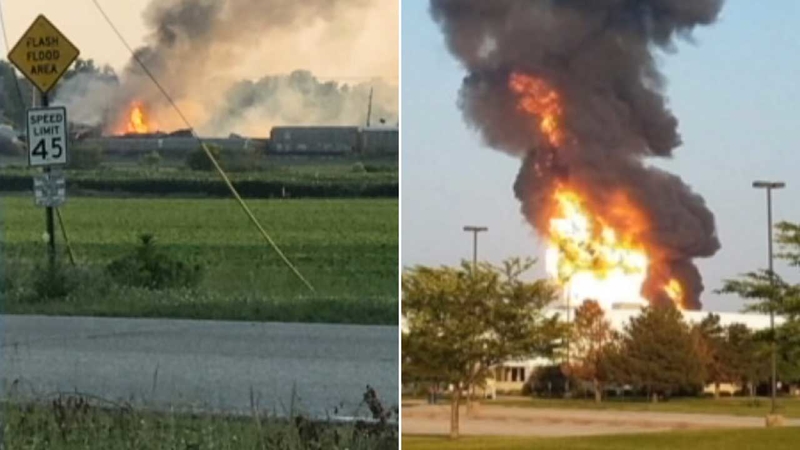 No one was injured in the derailment, which occurred at approximately 7:19 p.m. local time in Princeton, ABC News reports.

CSX Corporation, which operated the train, released a statement.

"CSX is working closely with local firefighters and other first responders to assess the situation, and the safety of the community and everyone on site is our top priority as we develop a recovery plan," the statement reads.

CSX confirmed that the train's loaded cars were carrying propane.