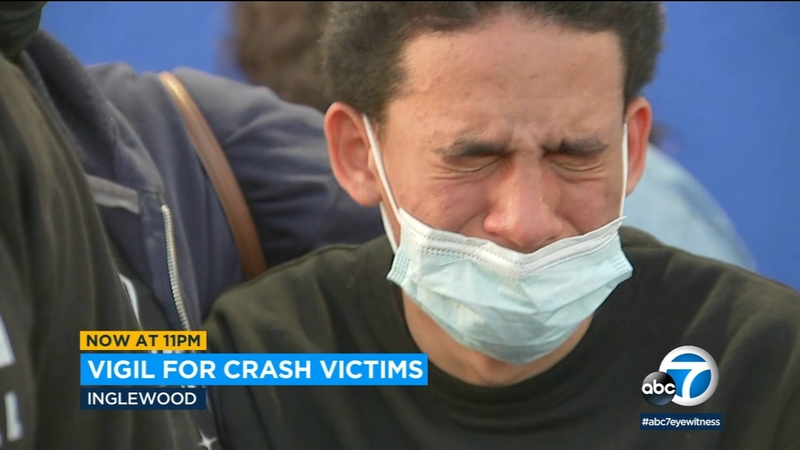 INGLEWOOD, Calif. (KABC) -- Two local families called for justice Friday night after their innocent loved ones were killed in a crash during a police chase.

The families of Ryan Davis and Asia Boatwright held a vigil at the crash scene in Inglewood.

The two died after a suspected DUI driver crashed into their car earlier in the week.

The driver was fleeing from the California Highway Patrol at the time.

Two people were killed and a suspected DUI driver was injured after a dangerous police chase ended in a violent collision in Inglewood late Wednesday night.

Davis' mother said these types of chases must end. Davis was her only child.

"These chases -- is it worth it in the end, for the arrest? To cost other people their lives," said Aziza King. "Our family is devastated. They tore my family apart and his girlfriend, Asia's family apart. We will never be the same."

Loved ones say Boatwright, who was 22, was pursuing her nursing degree.

They say Davis, who was also in his 20's, loved to help others.

The driver -- 42-year-old Gustavo Ruelas, an ex-con -- is facing several charges, including two counts of murder. Ruelas was due in court on Monday but was ruled a "medical miss out."