Inglewood shooting: Neighbor says he heard over 100 shots fired during 'ambush' that killed 4

No suspect has been identified in the "targeted ambush" that killed four people at a birthday party in Inglewood.
KABC
By Ashley Mackey 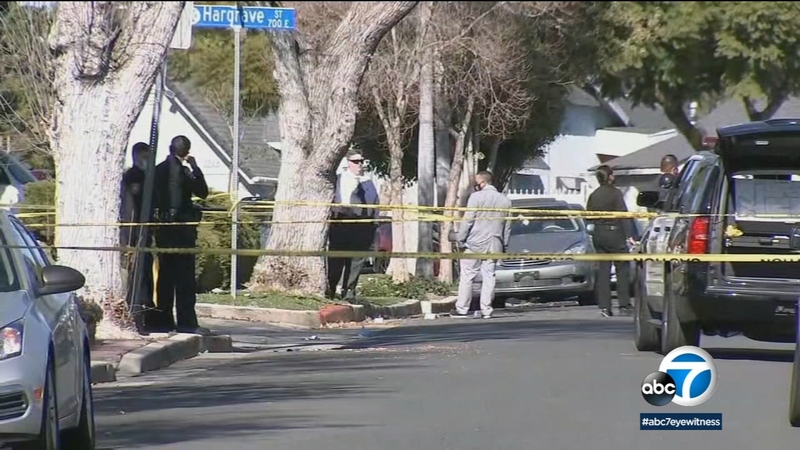 Over 100 shots fired in Inglewood ambush that killed 4, neighbor says

INGLEWOOD, Calif. (KABC) -- Police are still trying to uncover what exactly happened early Sunday morning when five people were shot - four fatally- during a house party in Inglewood. ABC7 spoke with a neighbor who said he heard more than 100 shots fired.

Police are calling the shooting a "targeted ambush." Matthew, who didn't give his last name, said he's lived next door since 2008. He said the house where the shooting occurred has been rented out through Airbnb for the last two years. He's seen many visitors, but he added his neighborhood is normally quiet.

"I moved here in like 2008," Matthew said. "Inglewood was a lot more active, gang-wise. It calmed down a lot, so for this to happen, it was a surprise, especially next door."

According to officials, the shooting happened at about 1:30 a.m. Sunday on Park Avenue, while Breahna Stines was celebrating her 20th birthday with her big sister Marneysha Hamilton and a few others. Both sisters were killed.

A woman celebrating her birthday and her sister were among the four victims of a deadly "targeted ambush" early Sunday morning at a house party in Inglewood, witnesses say.

Authorities said several suspects opened fired on the party and shell casings from an assault-style rifle were found at the scene.

Inglewood Mayor James T. Butts said the property was being used as an unregulated short-term rental, and that the shooting is not believed to be random. Officials said the surviving victim is in critical condition and is gang-affiliated from another city.

"This information along with the targeted ambush nature of the crime, the weapons used and the statements uttered before the shooting by the suspects, indicate that this crime was indeed gang-related," Butts said.

The suspects haven't been identified yet. Butts said this is the largest number of shooting victims in a single crime in Inglewood since the 1990s.