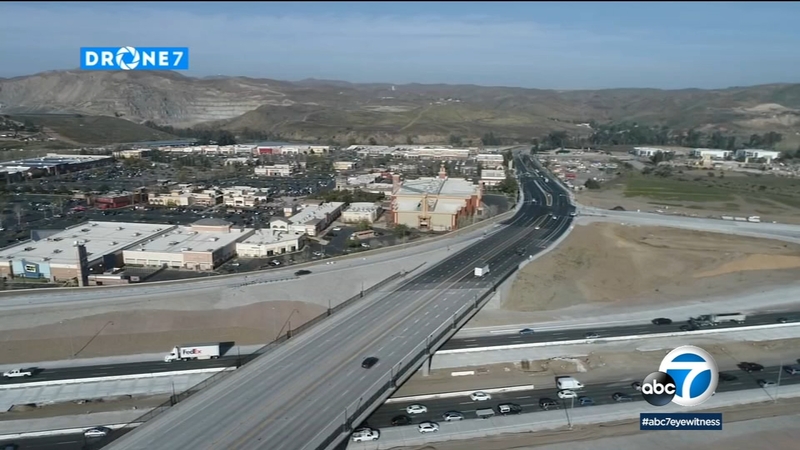 CORONA, Calif. (KABC) -- The frustration over snarled traffic and nightmarish commutes through the Inland Empire city of Corona are well-documented. And the thought of yet another large community of new homes probably isn't something most residents are ready to welcome with open arms.

"Nobody wants to see more housing if you can't get anywhere," said city councilman Wes Speake, who moved to Corona back in 1980 when the population in the area was only about 35,000.

Forty years later, the population is nearly five times what it was back then. And the traffic remains one of the primary gripes from residents.

"It's been basically our Achilles heel in some ways."

Consequently, he said the Bedford South Corona community, with plans allowing up to 1,600 homes, would never have gotten off the ground if the builder didn't adequately address traffic concerns at one of the city's main choke-points at the intersection of Interstate 15 and Cajalco Road.

Caltrans says approximately 169,000 vehicles cross the bridge over the freeway every day. It's used not only by residents and commuters, but by people coming to the large shopping and entertainment centers.

"Traffic was an issue," said John Sherwood, vice president for community development for The New Home Company. "And I think that kept a lot of other developers from pursuing the property."

But Sherwood said his company knew that being a good neighbor meant stepping up to the plate to help finance a major traffic improvement project on Cajalco Road.

"What we came up with, along with the city, was an idea that we could front the cost of a new interchange when all the other federal and state money had dried up," said Sherwood, acknowledging that their new community of homes would never have been approved without some kind of commitment. "Nothing could happen here until there was that interchange."

Councilman Speake estimates that The New Home Company came up with more than $50 million dollars to contribute to the project which has a total price tag of $72 million.

State Sen. Richard Roth has commended the public-private partnership between Corona, Caltrans and The New Home Company. In a statement, his public affairs office called the partnership "a wonderful example of how we can collaborate to produce good outcomes for our communities."

The project has widened Cajalco Road from a two-lane bridge to a large six-lane overcrossing. The bridge now includes a striped median, shoulders and a sidewalk on the south side.