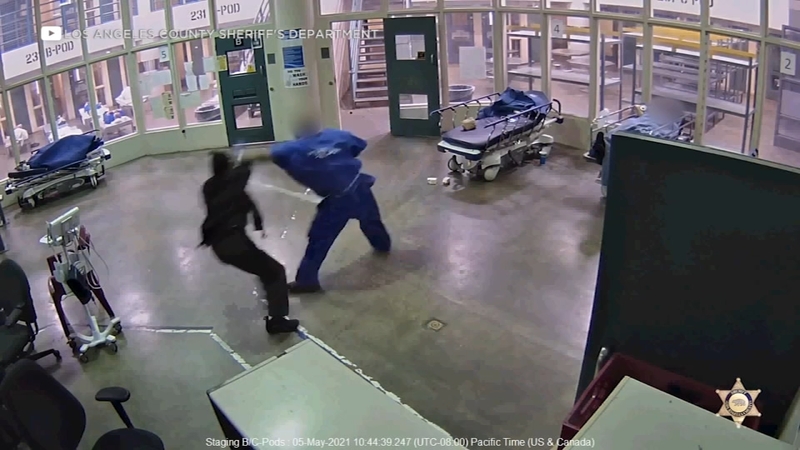 LOS ANGELES (KABC) -- A female custody assistant was brutally attacked by an inmate at the downtown Los Angeles jail this week in an incident caught on video.

Surveillance video shows the 29-year-old inmate punching the custody assistant with his unsecured left hand three times as she went to hand him toilet paper after he asked to use the restroom.

After she falls to the ground he punches her two more times, then turns and walks back to his gurney and waits.

The custody assistant remains collected as she stands up and walks over to call for help. Other guards arrive and secure the inmate to the gurney as she explains what happened.

The Los Angeles County Sheriff's Department says the 54-year-old custody assistant sustained trauma to her face and head and was treated at a local hospital in stable condition.

The inmate was identified as Arnulfo Meza, 29. He was transported to a high-security area and is expected to face assault charges, as well as hate crime charges for the attack against the Asian woman.

The attack happened Wednesday morning at the Inmate Reception Center, which processes inmates into and out of the Los Angeles County jail system.