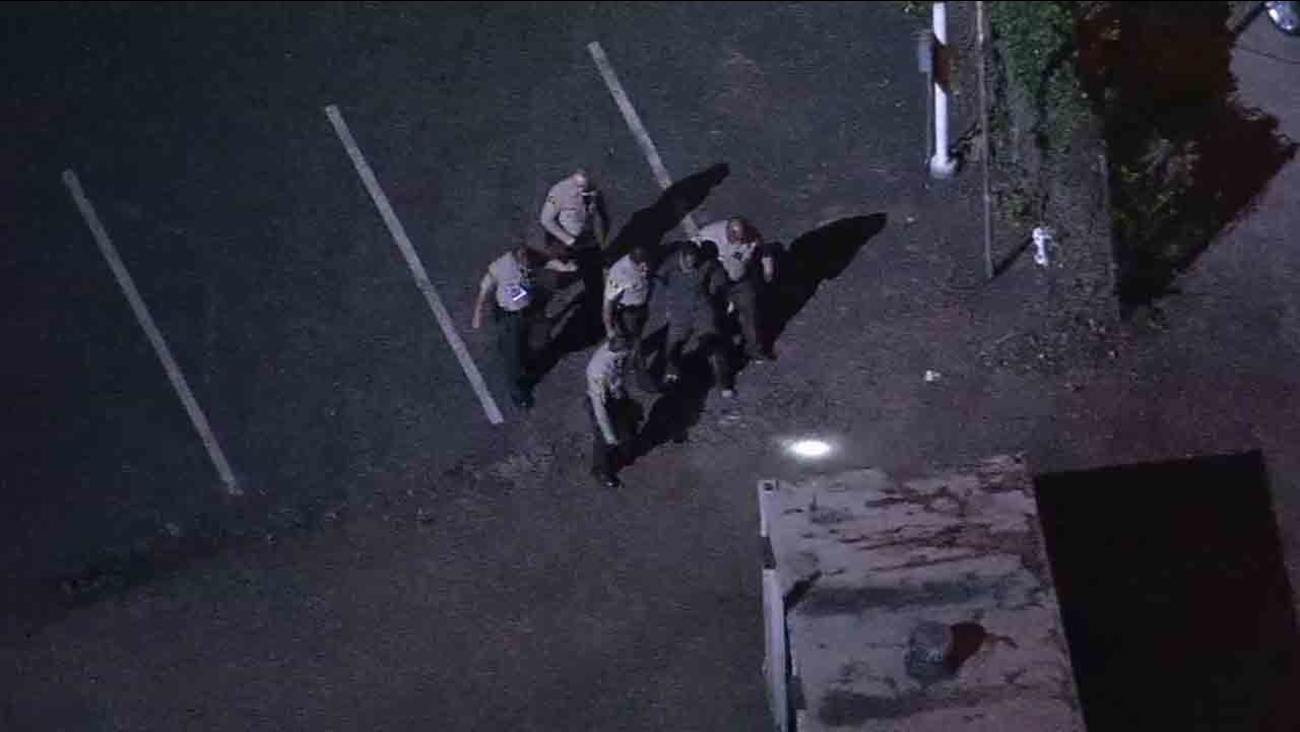 An inmate who escaped from a sheriff's patrol while in handcuffs was found hiding underneath a vehicle in a downtown Los Angeles car lot Friday, Jan. 23, 2015.

DOWNTOWN LOS ANGELES (KABC) -- An inmate was taken into custody after escaping while handcuffed from a sheriff's patrol car in downtown Los Angeles Friday night.

Los Angeles County sheriff's deputies confirmed the suspect was found hiding underneath a vehicle in a car lot at about 11:43 p.m.

The suspect, who was described as a black male, busted out the rear, side window of the patrol car while in the backseat at about 8:55 p.m. near Pico Boulevard and the 110 and 10 freeways. He was last seen wearing a gray shirt and black pants.

Los Angeles County sheriff's deputies were searching for a inmate who escaped from a patrol car near the 10 and 110 freeways in downtown Los Angeles Friday, Jan. 23, 2015.

The suspect was being transferred from court to a men's jail facility downtown when he escaped, Sheriff's Deputy Guillermina Saldana said.

A command post was established at the intersection of Washington Boulevard and Georgia Street.