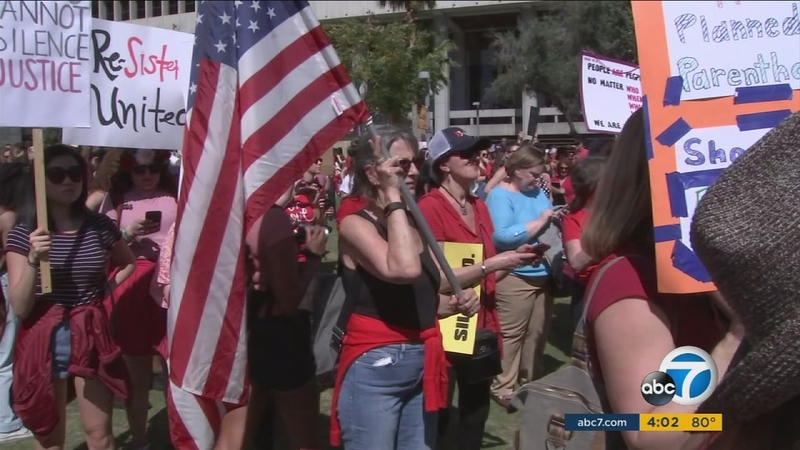 The day started with a sea of red at City Council chambers. Nearly 200 women, all wearing red, stood behind Councilmember Nury Martinez as she spoke. Martinez is the only female member of the City Council.

"Our voices must be heard, especially the ones who are just trying to survive their day by day," she said.

Martinez spoke of the importance of the women's movement, which has mobilized thousands of women to stand up and be heard - not just in L.A. but throughout the country and around the world.

In the afternoon, a rally was at Grand Park to protest violence, poverty, discrimination and wage gaps.

A third event in downtown L.A., a protest calling for change, was expected to end at 6 p.m.

International Women's Day coincides with a nationwide one-day strike called "A Day Without A Woman." Organizers - the same group behind the Women's March on Washington - are asking women not to work. It was inspired by the Day Without Immigrants demonstration on Feb. 16, according to organizers.

MORE: Things you need to know about A Day Without A Woman demonstration

The young girl statue is a call to action for companies to employ women to higher roles.