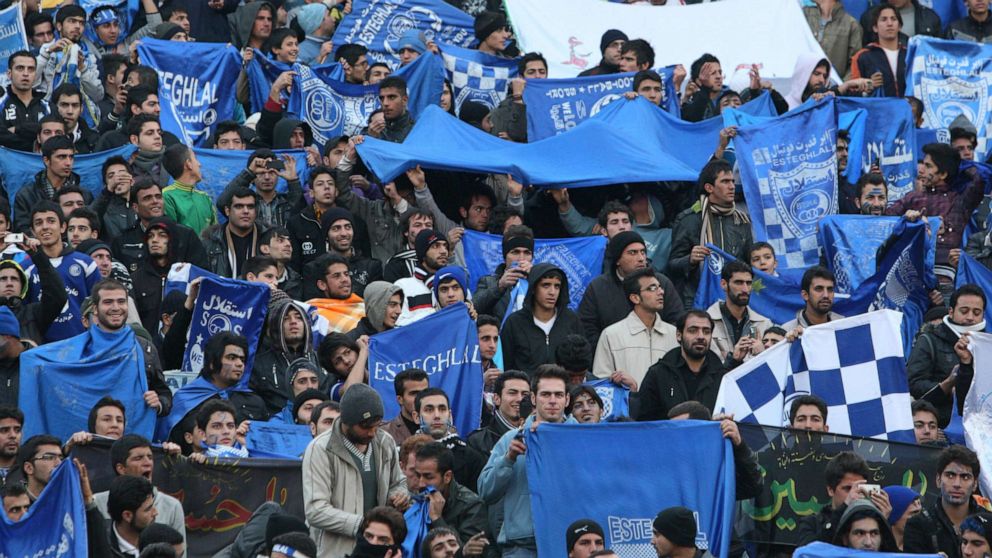 ABCNews
By SOMAYEH MALEKIAN
TEHRAN -- A female Iranian soccer fan who had been caught trying to enter the country's Azadi Stadium has died after setting herself on fire to protest her arrest.

Sahar Khodayari, 30, had disguised herself as a man so she could watch Esteghlal, an Iranian soccer team, play against the UAE's Al Ain in March. But once a stadium security officer wanted to carry out a physical inspection, Sahar told the officer she was a woman. She was then arrested by authorities.

According to MizanOnline, the judiciary news agency, the reason for Sahar's arrest was "damaging public chastity and insulting a judiciary officer."

Iranian women are not allowed to watch men's sporting events at local stadiums.

Sahar set herself on fire last week to protest her possible imprisonment. She died at a hospital Monday after suffering severe burns on 90% of her body. Iranian and international social media reacted to her death and the hashtag BlueGirl, the color of her favorite team, Esteghlal, has gone viral.

"She was not just a #blue-girl, Sahar was #Iran's_girl," Salahsouri posted on Twitter. We are all responsible for the imprisonment and burnings of Sahars of this land, where men command women and take away their primitive human rights."

Some have said Sahar's mental condition was the reason she set herself on fire.

Sahar was bipolar, according to her sister, who was interviewed by Rokna, a local news outlet, on Wednesday.

"We had presented the medical documents to the court, but she was treated as a healthy person after she insulted one of the officers," the sister said.

Last November, authorities allowed hundreds of Iranian women to attend Azadi Stadium to watch an official soccer match for the first time. The permission was granted after Gianni Infantino, head of FIFA, urged Iranian sport officials to allocate some seats for women.

Some claimed on social media that the presence of women during that game was largely arranged and most of the seats in the women's section had been filled by female police officers in plain clothes.

In August, Forough Alaei, an award-winning photojournalist who had photographed an Iranian girl disguising herself as a man to attend a stadium, was arrested. Alaei was released on bail a few days later.

Sahar's death has added to the growing chorus of criticism of segregation in Iranian sports. Some are asking male fans not to attend the stadiums while others suggest men should protest by shouting slogans and holding signs. Some argue that FIFA, the world's soccer governing body, should ban Iran's soccer federation.
Report a correction or typo
Related topics:
abc newsnational
Copyright © 2020 ABC News Internet Ventures.
More Videos
From CNN Newsource affiliates
TOP STORIES