Newsom hinted even more reopenings would be allowed at the state level shortly.
KGO
By Alix Martichoux 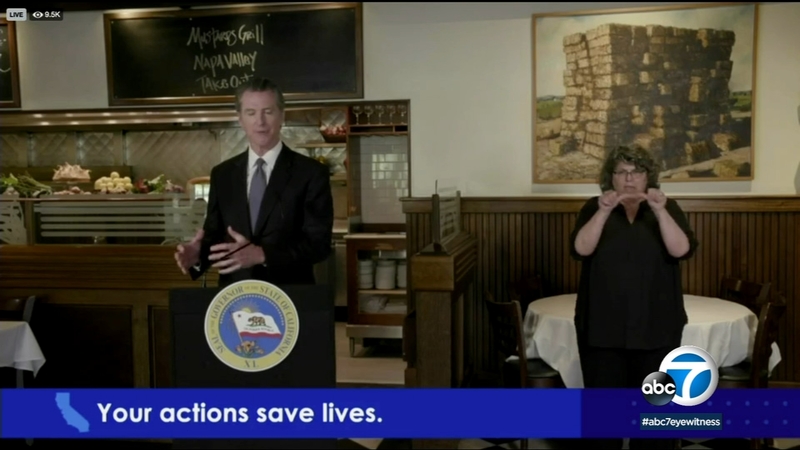 NAPA, Calif. -- Gov. Gavin Newsom laid out early guidance for much of the state to move into further reopening in the coming weeks, including hair salons and even sporting events.