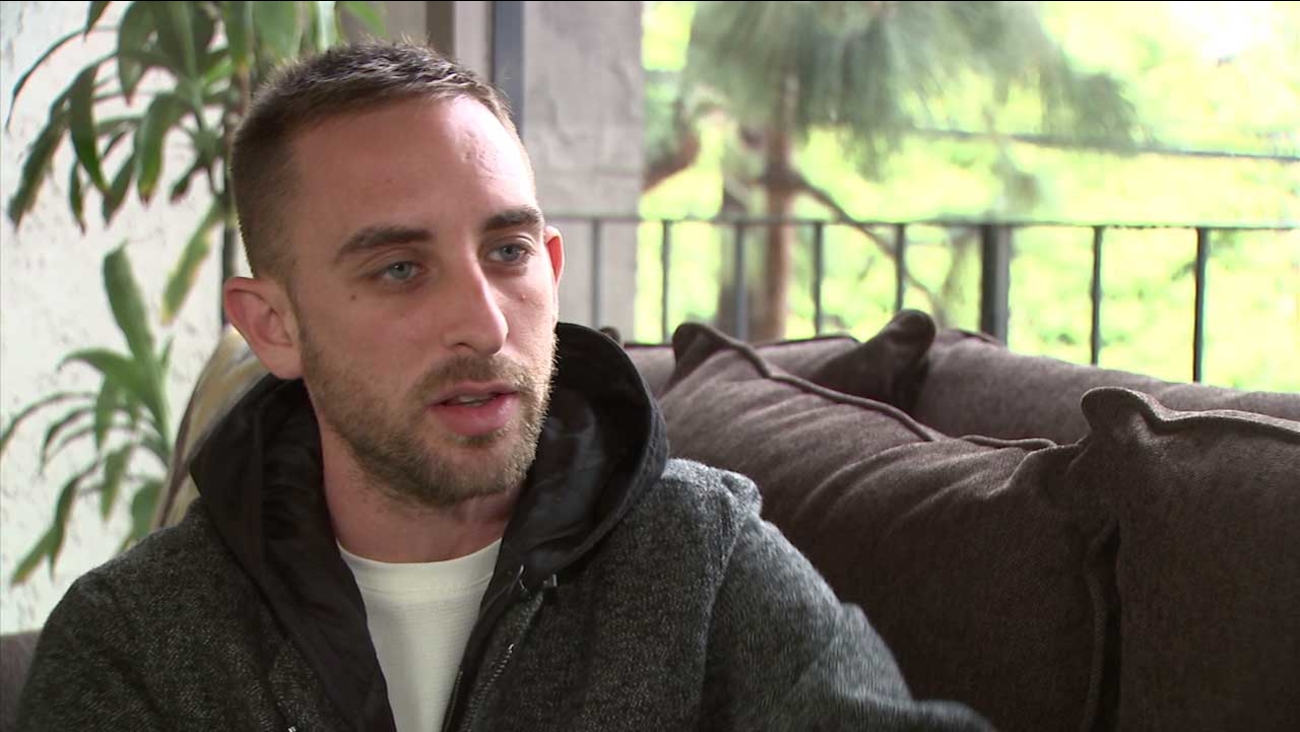 Andrew Weisbarth is seen speaking to Eyewitness News in an interview.

LOS ANGELES (KABC) -- A Los Angeles man is outraged after he says his girlfriend, who has a valid visa and is not from one of the seven countries listed in the travel ban, was wrongfully detained and deported.

Weisbarth and his girlfriend Zanevesh Geteh had been on vacation in Cancun, but upon their return Sunday evening at LAX, she was detained.

"They put her into a room. I tried to express that she doesn't speak English, there's a language barrier," Weisbarth said.

He said Geteh is an Israeli citizen with a valid visitor's visa. Weisbarth said she wasn't allowed an attorney.

Tuesday afternoon, after more than 36 hours in detention at the airport, she was deported on a flight back to Israel.

A trusted source at U.S. Customs told Eyewitness News that the 30-year-old Israeli admitted to smoking on the airplane, among other violations.

Geteh is not Muslim and not from one of the seven countries listed in President Donald Trump's travel ban. But in trying to make sense of what happened, Weisbarth believes the executive order was used as a cover.

"I even had a Customs officer tell me to go speak to Donald Trump about my problems," he said.

He said the ban has caused mass confusion, misinterpretation of the law and abuse of power.

"I think that maybe because of this travel ban, the oversight and the typical rules and regulations that these officers have to follow have just been thrown out the window, and now they can basically run amuck in terms of power and in terms of deciding people's fate on whether they can come into the United States or not," he said.

Weisbarth said he exhausted all resources before her deportation - from contacting several attorneys to Rep. Karen Bass.

The congresswoman released this statement to Eyewitness News:

"We've been hearing stories like this from across the country since Trump's Executive Order was issued. In this particular case, we did contact Customs and Border Patrol, but we have yet to hear back from them on any further information."