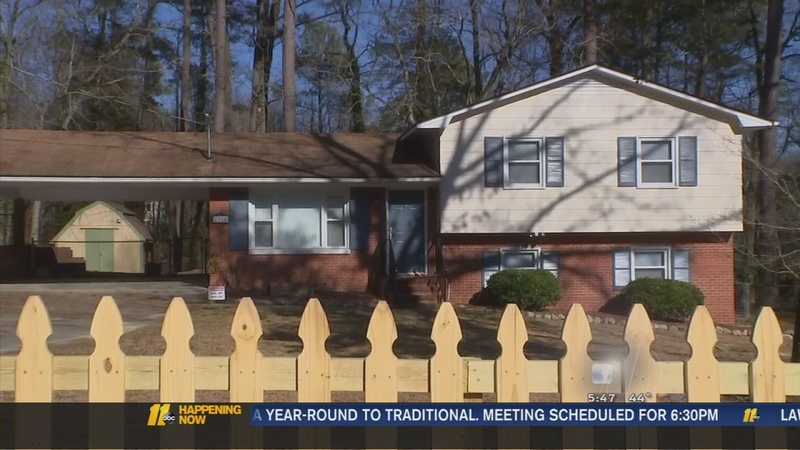 FAYETTEVILLE, N.C. -- Famed hip-hop artist J. Cole plans to turn his childhood home in Fayetteville, North Carolina into a place for single mothers to get a fresh start.

"My goal is to have that be a haven for a family," he told the host. "So every two years, a new family will come in and live rent-free. The idea is that it's a single mother with multiple kids. I want her kids to feel how I felt when we got the house."

Jermaine Cole, 30, was born into a military family. When he was a toddler, his parents divorced, and his mother had to move him and his older brother out of post housing and into a Spring Lake trailer park. Soon, his mother re-married another soldier, and the family moved into the 1,600 square foot home on Forest Hills Drive. Cole told the podcast host that it felt like a "mansion," where he had his own room, and space to dream big.

Years later, the relationship between Cole's parents would fizzle, and his mother lost the home to foreclosure. In light of his success, Cole was able to purchase the house.

The home is Cole's third album's namesake, and the album cover features Cole atop the roof gazing into the distance. The popularity of the album has drawn crowds to the famous address, and neighbors said people have tried getting on the roof to copy the album cover. A new security fence has recently been installed to keep people off the property.

James Hall has lived on the street for 40 years. He said he remembers Cole as a child, and like other neighbors, is supportive of his latest charitable plans.

"I think he's a sharp, young man," said Hall. "I like what I hear from him and evidently his situation has opened up the door to help other people and I like that."

Cole, who regularly gives back to the Fayetteville community through his Dreamville Foundation, said he's still figuring out how to make the plan work.

Meanwhile, Hall, who is more than twice Cole's age, said there's just one thing he's been wanting since the day Cole took that iconic photo on the rooftop surrounded by admiring fans and security.

"What upset me is everybody from that cul-de-sac from the other side got hats, T-shirts, got CDs," joked Hall. "Anybody on this side of the cul-de-sac, we didn't get anything except traffic. I'd like to have a T-shirt or a cap."