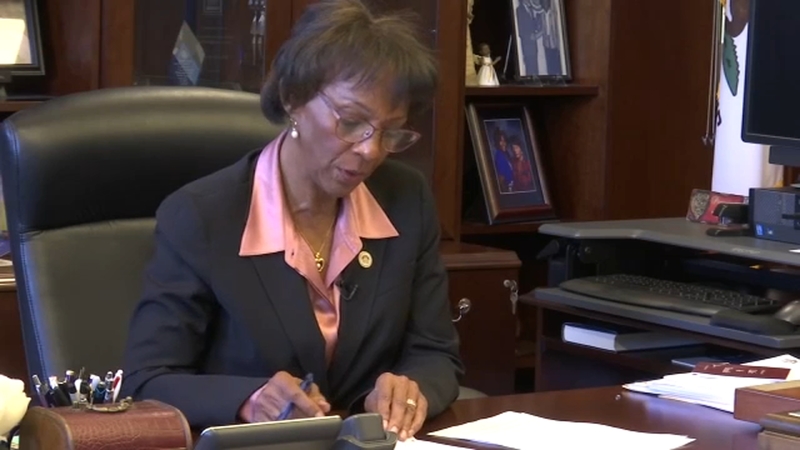 The winner will oversee the largest prosecutor's office in the U.S., with nearly 1,000 lawyers, and a territory that covers the nation's second-largest city and 10 million residents across the sprawling county.

Lacey has received heavy criticism during her tenure, facing heat for the racial disparity in county jails, high incarceration rates and her position on the death penalty despite Gov. Gavin Newsom's moratorium on the punishment.

Gascon and Rossi have also hammered Lacey for locking up too many people of color, failing to prosecute police for fatal shootings and other on-duty uses of force, as well as not making enough use of a program she started to prevent people with mental illness from being locked up.

Lacey's challengers are trying to ride a wave of reform that has swept a new generation of prosecutors into offices from Boston to Houston to Denver who have advocated for racial justice, focusing resources on serious and dangerous crime, ending cash bail and diverting the mentally ill and drugs users to treatment instead of prison.

Lacey has focused mainly on attacking Gascon, who she said disproportionately prosecuted blacks, never brought charges against a police officer in a fatal shooting and failed to carry out reforms in San Francisco that he proposes for Los Angeles. She also said Prop. 47, a ballot measure he authored to reduce some felonies to misdemeanors, including some thefts, led San Francisco to have the nation's highest property crime rate per capita in the U.S.

A conservative choice for voters, Lacey has opposed measures such as Prop. 57, which provides early parole for some non-violent crimes.

Lacey has clashed repeatedly with Black Lives Matter L.A. protesters, which was made apparent during an ill-timed incident in which her husband pulled a gun on activists in a video captured outside the couple's Granada Hills home early Monday morning. The group was protesting Lacey in front of her house after she failed to meet with the organization.

Gascon, who's received endorsements from Sen. Kamala Harris and the Democratic parties for Los Angeles and California, has campaigned as a progressive candidate. He co-authored Proposition 47.

Rossi has discussed auditing data to help end racial disparities in law enforcement and helped to craft legislation which reduced some mandatory minimum sentences at the federal level and increased the chance for minimum-risk inmates to receive early release.

The candidate with more than 50% of votes in the nonpartisan contest wins. If no one gets a majority, the top two will face a runoff in November.

California Democrats looking for a candidate to defeat President Donald Trump will pick from a suddenly reshaped presidential field on Tuesday. California is one of 14 states that will vote on Super Tuesday.

While the race is an example of the political divide in the state, with the northern half trending more liberal, both Gascon and Lacey grew up in Los Angeles.

Lacey, who is the first woman to lead the office and the first African-American in the post, grew up in South Los Angeles. Gascon moved from Cuba as a teen to the gritty Los Angeles suburb of Bell.

Lacey has been a career prosecutor who worked her way up to the top of the office.

Gascon was a police officer who rose through the ranks to assistant chief in Los Angeles before being named top cop in Mesa, Ariz. and then San Francisco. He was appointed as district attorney to replace Kamala Harris when she became state attorney general and was elected twice.