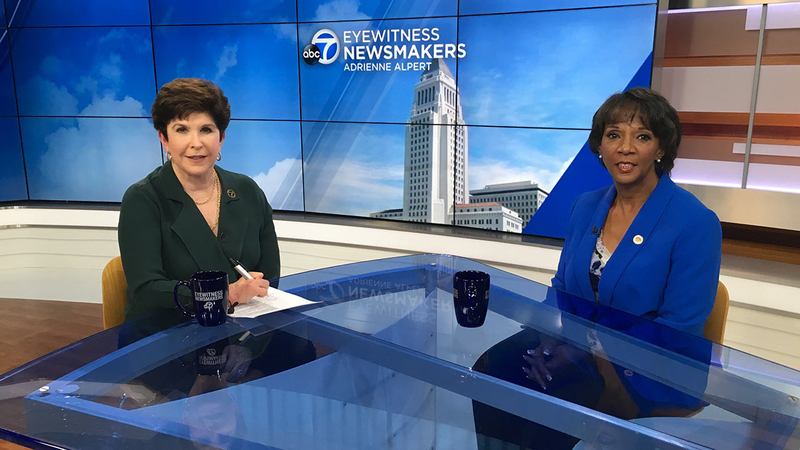 Though she won't be on the November ballot, she weighed in on a number of law and order issues that are on it.

While her office only seeks the death penalty in 6 percent of murder cases, she is opposed to Proposition 62, which repeals it. She joins the state's district attorneys supporting Prop 66, which accelerates the death penalty appellate process.

"It's ridiculous - the delays and antiquated rules," Lacey said.

She does not support the initiative legalizing marijuana, Proposition 64, saying it will be difficult to prove driving impaired. She said pot shop robberies could increase because federal law prohibits marijuana sales through credit cards so it's an all-cash business.

Lacey added Gov. Jerry Brown's Proposition 57 needs to be rewritten because some violent felons could get early release with the way it's worded now. The governor supports the measure to ease prison overcrowding.

Lacey also talked about her Conviction Review Unit and alternative sentencing, as well as police body camera videos and where she stands on releasing it to the public.