Rev. James Lawson, one of the lions of the civil rights movement, spoke to ABC7 about the power of nonviolent activism and the current turmoil in America.
KABC
By Marc Brown 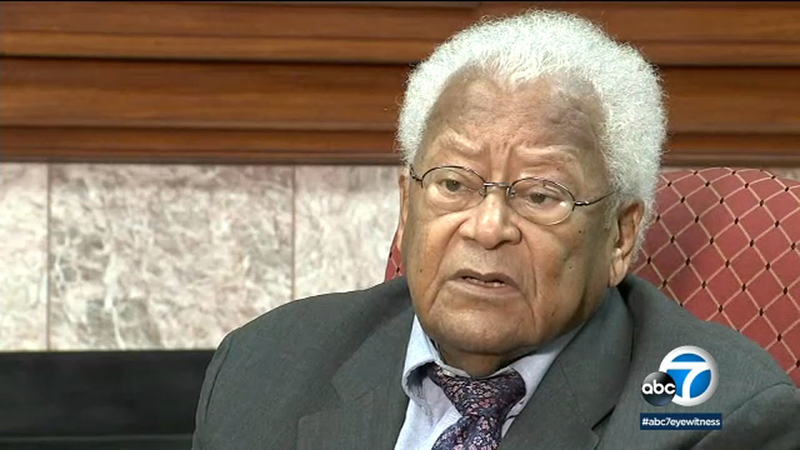 LOS ANGELES (KABC) -- Rev. James Lawson is one of the lions of the civil rights movement and is still going strong at 92.

Dr. Martin Luther King, Jr. called Lawson "the leading theorist and strategist of nonviolence in the world," and he is known as the "mind of the movement."

For nearly all his life, James Morris Lawson Jr. has been a student and a teacher of nonviolence as a means of social change. His first lesson came as a fourth grader in Ohio. He punched a kid who hurled a racial slur, and his mother scolded him.

"She said 'Jimmy, what good did that do?' And from that time I recognized that slapping and kicking and screaming and fighting was of no value," said Lawson, who lives in Los Angeles and celebrated his birthday Tuesday.

Lawson went to prison as a young man for declaring himself a conscientious objector when drafted. He studied nonviolence with Gandhi, staged lunch counter sit-ins in Tennessee and shared his strategy of nonviolence with Dr. Martin Luther King, Jr. and a young John Lewis.

Lawson sees the current turmoil in America as a symptom of a violent culture and a residue of unresolved racial conflict and oppression.

"I see racism as one of the ancient cruelties, ancient forms of hating some people, like sexism is, like violence is, and so, I recognize that we do not need to live that way," Lawson said.

At 92, his steps are slower, his voice is not as booming, but the faith that has driven him all his life is as strong as ever, even in these times.

"I think there are too many signs of hope to be pessimistic," he said.