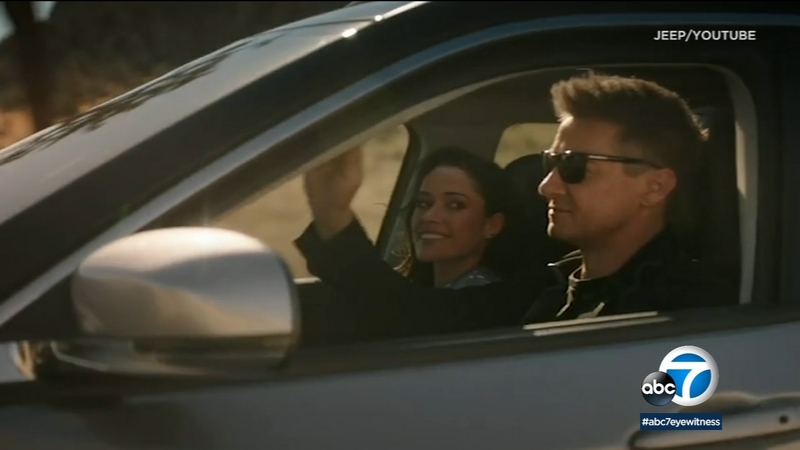 The actor has helped create a new ad campaign for Jeep, featuring songs the Oscar-nominated actor wrote and performed. This is not the first time Jeep has used new music in ads, in the past using original songs from groups like One Republic. But the company is very picky about which songs it uses.

"It's not just about slapping a song on a commercial. The commercial has to speak to the heart. It has to create an emotion. It has to engage," said Olivier Francois, the chief marketing officer for Jeep and its parent company Fiat Chrysler Automobiles.

Three songs were composed by Renner specifically for a trio of commercials, and they're a perfect way for him to kick start a new music career. This Hollywood star says the Jeep brand is a good fit for that, after he had some casual meetings with company executives.

"It just made sense. We didn't even have to argue about it It was like, 'Wait, I feel like we need to get married here.' It just made sense. So we just did it. We went for it," said Renner, shortly after the three commercials were played to an audience of VIPs and select members of the media.

Renner also stars in the ads, which offered another enticement. The spots are like short films, and he felt very comfortable doing them.

"I can tell you it was fun because of Jeff Tomsic. He's a director I worked with on 'Tag,' and he's become a very good friend, and a guy I would love to work with more. It felt natural, it didn't feel like it was forced. It didn't feel like a job whatsoever. It was play," noted Renner.

Ad campaigns like this can not only be a benefit to the car brand, but also to the actor participating.

You might remember a popular Hyundai ad that debuted during the Super Bowl, where the scene was an elevator going to floors with comically unpleasant experiences. Jason Bateman starred in it. It was voted one of the top ads that aired during the big game. And Hyundai announced this week that Bateman will do more commercials for the company, primarily as a voice-over artist.