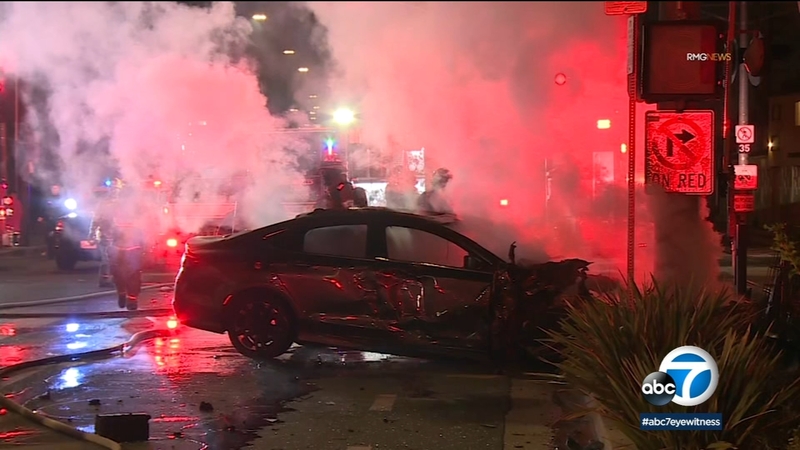 Firefighters responded to the two-vehicle collision around 3:40 a.m., near Arlington Avenue and Exposition Boulevard, and found three people trapped in the wreckage, according to Margaret Stewart of the Los Angeles Fire Department.

Two of the victims were pronounced dead at the scene and a third was freed from the wreckage and taken to a hospital in critical condition, Stewart said.

The identities of the victims have not been released and the cause of the crash is under investigation.